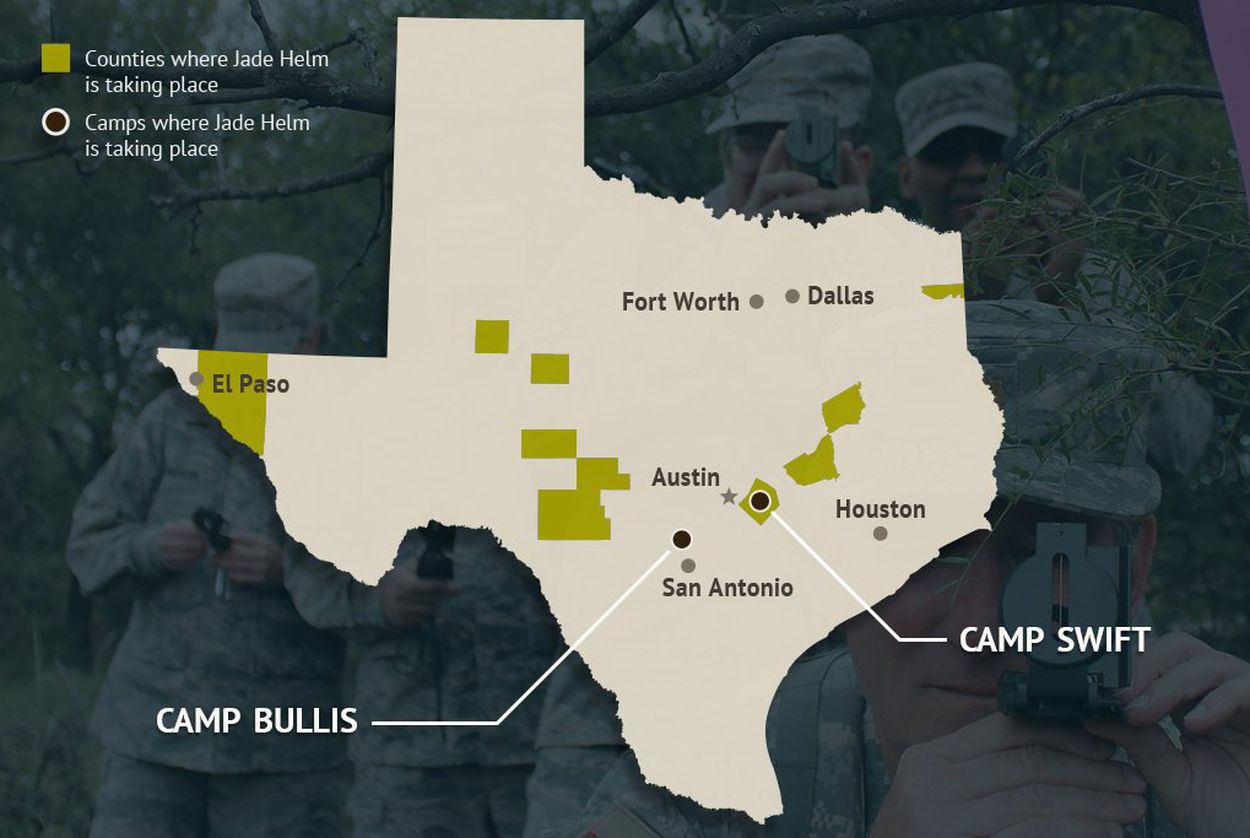 A former director of the CIA and NSA said Wednesday that hysteria in Texas over a 2015 U.S. military training exercise called Jade Helm was fueled by Russians wanting to dominate “the information space,” and that Texas Gov. Greg Abbott‘s decision to send the Texas State Guard to monitor the operation gave them proof of the power of such misinformation campaigns.

Michael Hayden, speaking on MSNBC’s Morning Joe podcast, chalked up peoples’ fear over Jade Helm 15 to “Russian bots and the American alt-right media [that] convinced many Texans [Jade Helm] was an Obama plan to round up political dissidents.”

Abbott ordered the State Guard to monitor the federal exercise soon after news broke of the operation. Hayden said that move gave Russians the go-ahead to continue — and possibly expand — their efforts to spread fear.

“At that point, I’m figuring the Russians are saying, ‘We can go big time,’” Hayden said of Abbott’s response. “At that point, I think they made the decision, ‘We’re going to play in the electoral process.’”

Jade Helm 15 was a planned military training exercise that became a fascination of conspiracy theorists before it even began. The exercise, which spanned several states, began in Texas in Bastrop County in 2015 and was described by federal officials as routine. But some conspiracy theorists speculated that the exercise was a covert effort to institute martial law. Hayden was not CIA director at this time.

Weeks before the exercise began, Abbott wrote a letter to the State Guard asking them to keep an eye on the operation so “Texans know their safety, constitutional rights, private property rights and civil liberties will not be infringed.” In the letter, Abbott added that he had “the utmost respect for the deep patriotism of the brave men and women who put their lives on the line to fight for and defend our freedom.”

Yet the move prompted significant criticism. Democrats questioned whether Abbott really trusted the military. Even some Republicans — including former Lt. Gov. David Dewhurst — spoke out in support of the exercise. Former state Rep. Todd Smith accused Abbott of “pandering to idiots.”

“I think it’s okay to question your government — I do it on a pretty regular basis,” former Gov. Rick Perry, who is now U.S. Energy Secretary, told reporters at the time. “The military’s something else.”

“It doesn’t take an intelligence expert to see that Trump Republican Greg Abbott calling the Texas National Guard on the U.S. Military was downright idiocy,” Manny Garcia, the deputy executive director of the Texas Democratic Party, said in a news release, misidentifying the Texas State Guard. “Abbott still owes the men and women of our armed forces, and every single Texan, an apology.”

Hayden was CIA director from 2006 to 2009. His allegation isn’t the first one connecting Russian misinformation campaigns and Texas. Last year, federal lawmakers revealed a trove of information from ads purchased on Facebook, including ones showing that two Russian Facebook pages managed to organize dueling rallies in front of a Houston mosque in 2016.

The article was published at Hysteria over Jade Helm exercise in Texas was fueled by Russians, former CIA director says