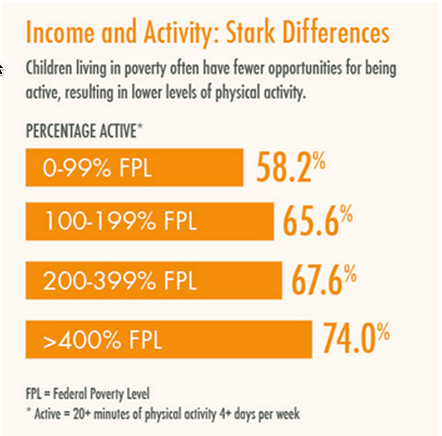 The report, an offshoot of the annual Colorado Health Report Card, also cites major disparities in the amount of physical activity experienced by kids of different income levels. Only about 58 percent of kids with family incomes under the federal poverty level got at least 20 minutes of exercise four or more days a week, compared to 74 percent of kids living in the wealthiest homes.

The article was published at Report: Colorado kids aren’t getting enough exercise