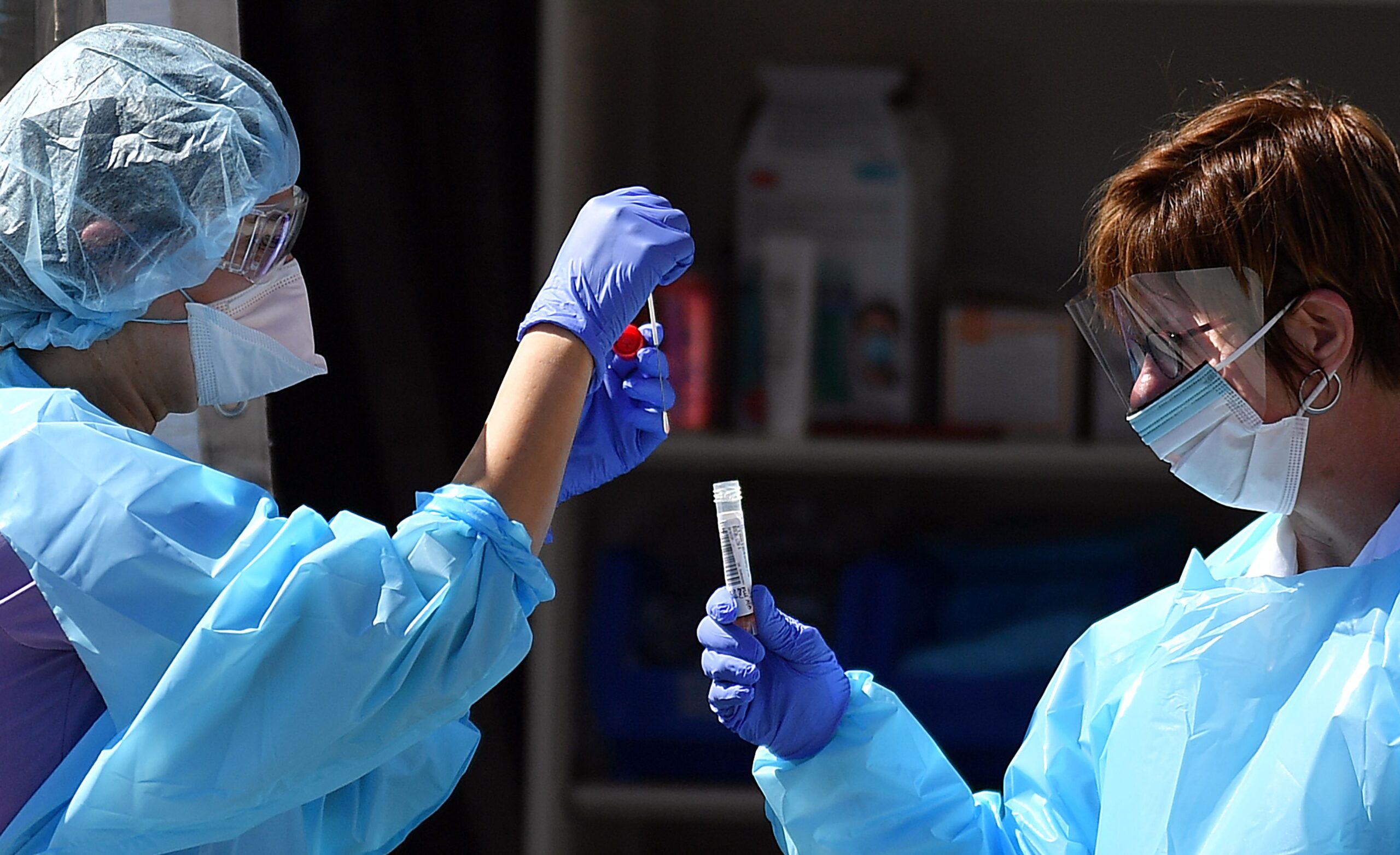 How often do you interview nurses for a health care story? If rarely or never, you’re not alone.

According to a 2018 study in the Journal of Nursing Scholarship, which reviewed and coded a random sample of 365 health care stories published September 2017, “Nurses were identified as sources in only 4% of all quotations or other sourcing in newspaper stories, and in 1% of those in stories from news magazines and industry publications. Physicians and dentists were sources in 43% of newspaper articles, 30% of news magazines, and 18% of industry articles.” Furthermore, nurses “were never sourced in stories on health policy,” the authors report.

Only 13% of the articles in the study sample mentioned nurses or the nursing profession, and nurses were identified in only 4% of photos, even though nurses are the largest group of health care professionals, according to the 2017 National Nursing Workforce Survey in the Journal of Nursing Regulation.

We spoke with one of the study’s authors, Diana Mason, about why journalists should interview and cite nurses in their health reporting. Mason is a nurse, a professor at the Center for Health Policy and Media Engagement at the George Washington University School of Nursing, and the former editor-in-chief of the American Journal of Nursing.

In Mason’s experience, journalists tend to talk to nurses if they’re writing a “nursing story,” but not when covering a broader health care story. Mason describes a journalist telling her that he didn’t do stories on nursing, that he did stories on the business of health care. What he missed, Mason points out, is that those aren’t mutually exclusive topics. “The chief nurse of the hospital is often the vice president of patient services and controls the largest portion of the hospital budget,” she says. “Who better to talk to about the impact of budget cuts on patient care?”

So what’s keeping journalists from seeking out nurses as sources? To shed some light, Mason teamed up with nurses Barbara Glickstein and Kristi Westphaln on a qualitative study, published in the American Journal of Nursing, in which they interviewed 10 health journalists. The researchers asked pointed questions such as, “Why do you not use nurses more as sources in your health reporting?”

Mason and Glickstein summarized their findings in an article for the Center for Health Journalism. Among the key takeaways: Journalists often don’t really know what nurses do; public relations staff at hospitals and universities tend to offer up doctors rather than nurses in response to media requests; and journalists often have outdated and biased views on nursing, a majority-woman profession.

It’s worth noting that Americans widely trust nurses — a lot. Every year, Gallup conducts a poll of more than 1,000 randomly sampled adults, asking them how they rate various professions in terms of honesty and ethics. For 18 years in a row, respondents have rated nurses higher than all other professions that Gallup asks about. In the most recent poll, some 85% of respondents gave nurses a rating of “high” or “very high” on a range of “very low” to “very high” on the honesty and ethics scale. By comparison, 65% of respondents rated medical doctors “high” or “very high.” Journalists fared less well at 28%.

For reporters who cover any aspect of health care news, here are three reasons why you should be talking to and citing nurses – especially during the COVID-19 pandemic.

#1. Nurses can help you come up with excellent pitches for health care news stories.

Nurses are often among the first health care workers aware of a new development or problem, but it’s not always prudent for them to proactively alert media. As Vice reported in April, nurses have been fired for publicizing personal protection equipment (PPE) shortages during the COVID-19 pandemic. “If journalists had been in touch with nurses early on,” Mason says, “they would have known the PPE was not adequate.”

In another example, Mason describes how New York City public health nurses in the 1980s reported to the radio show Mason co-hosted with Glickstein that they were seeing an uptick in tuberculosis cases. Shortly after that, Mason says, “multi-drug-resistant tuberculosis cases officially surged.”

If you want to know how a policy (or a pandemic) is affecting how patients feel, what patients need, and what is unexpectedly arising in patient care, ask a nurse, she maintains.

Nurses have specific complementary skill sets, Mason explains, and their unique roles help them see problems and address them. Talk to nurses if you’re looking for information about patient-based or practice-based health care solutions. Mason points to Elaine Larson, a professor emerita of nursing research and epidemiology at Columbia University School of Nursing, who developed and published over 200 papers about the hand hygiene practices followed by hospitals — which audiences care a lot about in the time of COVID-19. Larson came to this research as a staff nurse in the 1980s, when she wondered why infection rates didn’t drop when patients were moved from large shared rooms to private rooms.

If you’re covering chronic health conditions like diabetes, nurses are the ones working with patients on self-health management. Other nurses are national leaders in new care models. For example, nurse Lauran Hardin is a leader in addressing “high utilizer” patients—frequent users of multiple health care resources. Hardin has designed and implemented models of complex care practices for these patients and was recently appointed to the U.S. Government Accountability Office’s Physician-Focused Payment Model Technical Advisory Committee. The current nursing workforce is “more educated than ever before,” Mason says. “We’ve got well prepared leaders.”

In 2019 the American nursing workforce was about 88% women, according to the Bureau of Labor Statistics. In contrast, 40.8% of physicians and surgeons were women. These numbers are likely to shift, as the Association of American Medical Colleges reported that in 2019, for the first time, women made up the majority of enrolled medical students in the U.S. But for now, relying solely on physicians as sources for health care reporting maintains gender disparities and reinforces the perspective of a physician-centered hierarchy in a multidisciplinary field, according to Mason. “Nurses have a different perspective than physicians,” Mason says. While physicians are the experts in diagnosing and treating diseases, “nurses are the generalists in health care,” she adds.

In hospitals, “we are the ones with the patients 24/7,” Mason says. “If you’re not interviewing a nurse you may be missing the best part of the story.”