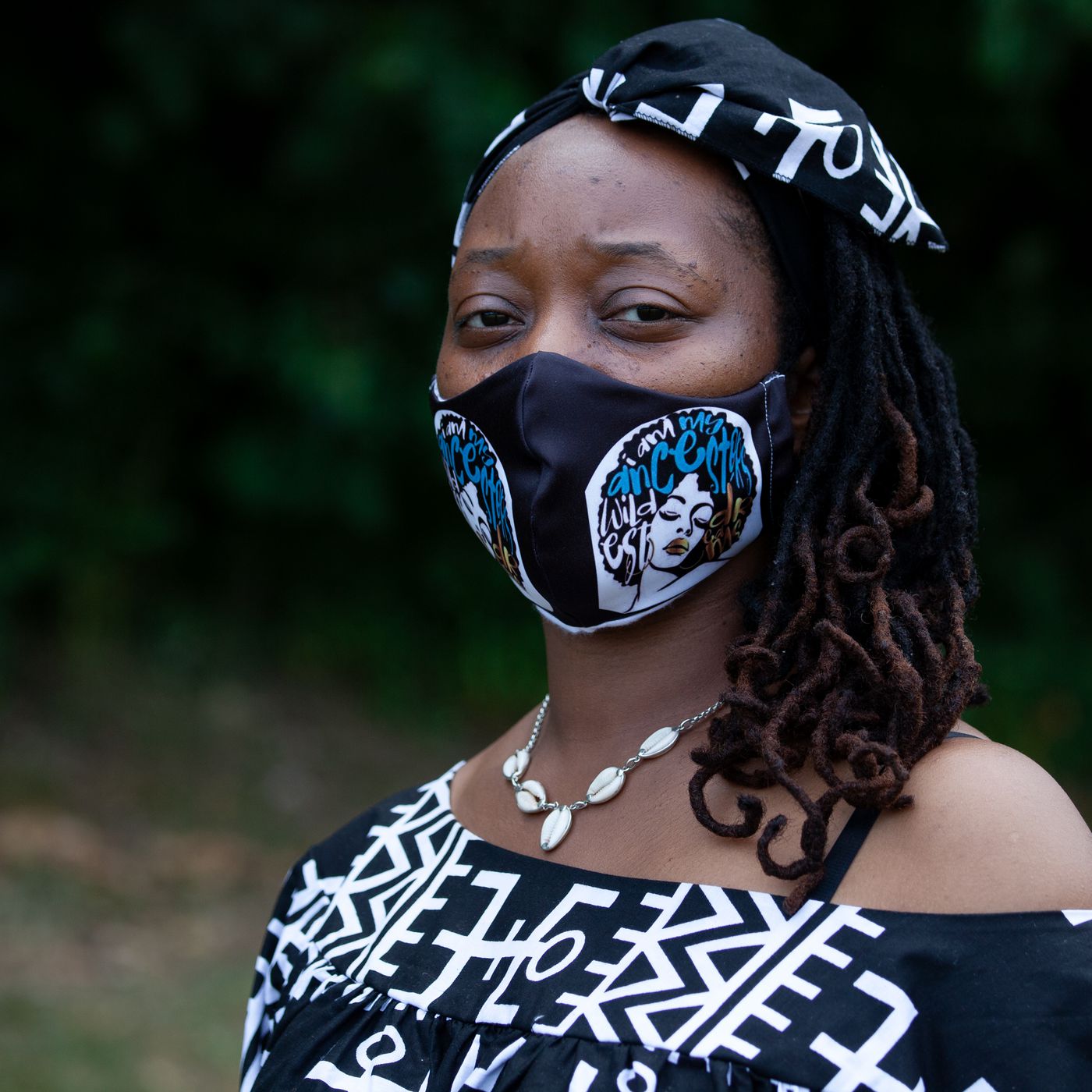 In recent weeks, Manhattan psychologist Tabethah Mack has been getting more calls from people seeking therapy than ever before.

Anxiety and depression, she says, are “off the chart.” She’s working seven days a week, between her job as a psychological counselor at Borough of Manhattan Community College and her private practice in Midtown.

“There’s been so many [inquiries] that there’s not enough time in my schedule to even accommodate most of the people that have been reaching out,” said Mack.

She’s among local Black psychologists and psychiatrists reporting an unprecedented rise in referrals, inquiries, and calls from persons of color since George Floyd’s May 25 killing sparked protests that reached New York and well beyond.

NYC Well, the city’s official mental health hotline, saw a near 10% spike in calls, texts, chats, and web sessions during the week following Floyd’s death. That’s on top of the growth in calls spurred by the pandemic.

The National Alliance on Mental Illness of NYC has experienced a 60% increase in calls since mid-March. While COVID-19-related calls for help have dropped in recent days, the overall volume has stayed high.

Both crises prompted NAMI-NYC to begin equipping helpline responders with resources and training designed to serve communities of color.

“The impact of racial trauma on mental health in the Black community continues to be a heavy burden as it has been through the centuries,” Dana L. Collins and Denise Hinds-Zaami of the New York Association of Black Psychologists, Inc., said in a statement to THE CITY. “The difference now is there is more awareness of the reasons for racial trauma and less willingness to suppress the anger associated with it.”

According to a 2017 NYC Health Survey, serious psychological distress is three times higher among adults who experience racism, discrimination or harrassment. However, those individuals are far less likely to seek help due to stigma, lack of affordable care and bias from mostly white mental health providers, the survey found.

A 2016 study found that New York City psychotherapists return calls to potential new clients considerably less often when their names and speech patterns suggest that they are Black.

Yet finding a therapist who is themselves Black can be a formidable challenge.

“Many Black people do want a Black therapist,” Collins said, speaking anecdotally. “It’s common to hear of them being unable to find one.”

“Often, it is a request, and more often, unmet,” April Harvin, a social worker and therapist from The Bronx, noted.

Access to mental health care is especially limited for low-income Black New Yorkers, said Harvin— with the chances of finding a Black therapist even lower in these circumstances.

While those who qualify for Medicaid or Medicare might be able to access a community health clinic waiting list, “even if they can get through the door, they can’t stay,” due to oversaturated caseloads and limited flexibility of these clinics, said Harvin.

Harvin explained if they can manage to stay, “the likelihood to have a clinician of color and/or who speaks their language who can understand some of their experiences, or a clinician who just reflects back to them is all very limited.”

“Culturally competent” therapists are key in providing mental health care to communities of color to ensure clinicians do not produce further damage, especially during such a fraught period, Mack said.

In almost every one of her sessions following Floyd’s death, Mack saw trauma as a common theme. The impact is deepest on patients previously diagnosed with PTSD, she said.

Her Black and Latino male patients, specifically, are experiencing another type of trauma related to interactions with police.

“I’ve had men literally break down and cry and not know if it’s ‘okay’ to do that in front of their children in the watching of the services and in the protests,” she added.

“We’re starting to really think about the witnessing of these deaths as traumatic to Black people,” said Caraballo. “When you are continuously exposed to the deaths of people who look like you, it’s actually just chipping away at your sense of safety and power and agency in your life.”

Caraballo, who is Black, has seen a huge increase in requests for different kinds of services such as groups, workshops and webinars devoted to racial trauma.

While Caraballo applauds the city’s mental health initiative Thrive NYC for increasing access for professional mental health support, he doesn’t believe it has been highlighted or advertised nearly enough, especially in recent weeks.

Harvin said the initiative has a long way to go in terms of addressing the two main barriers for communities of color: access and stigma.

ThriveNYC Director Susan Herman said she is committed to filling the “gaps in care.”

“Addressing the profound trauma of systemic racial inequities must be an all-hands-on- deck effort. Right now, New York City is investing more in mental health services than ever before in our City’s history,” said Herman.

“Through ThriveNYC, we are committing to ensure that those new investments fill gaps in care — gaps that for too long have meant that historically underserved neighborhoods and marginalized New Yorkers have gone without help when they need it,” she added.

The budget for all other mental health programs, including those designed to reach people with the highest need, remained the same.

“It all feels like so much,” Mack said with a sigh. “I limit my intake of social media in order for me to maintain my own level of sanity, and also be responsive to the people that I work with.

“But if I’m inundated with too much of that, I can’t be present to do the work that I do.”

Similarly, Caraballo follows what he continually reminds many of his patients: “When you’re exposing yourself to images, videos, or even stories, that’s taking something away from you.

“And you have to be mindful about protecting that and creating space to make sure that you can continue to show up in your life and do and respond in the ways that feel best for you.”