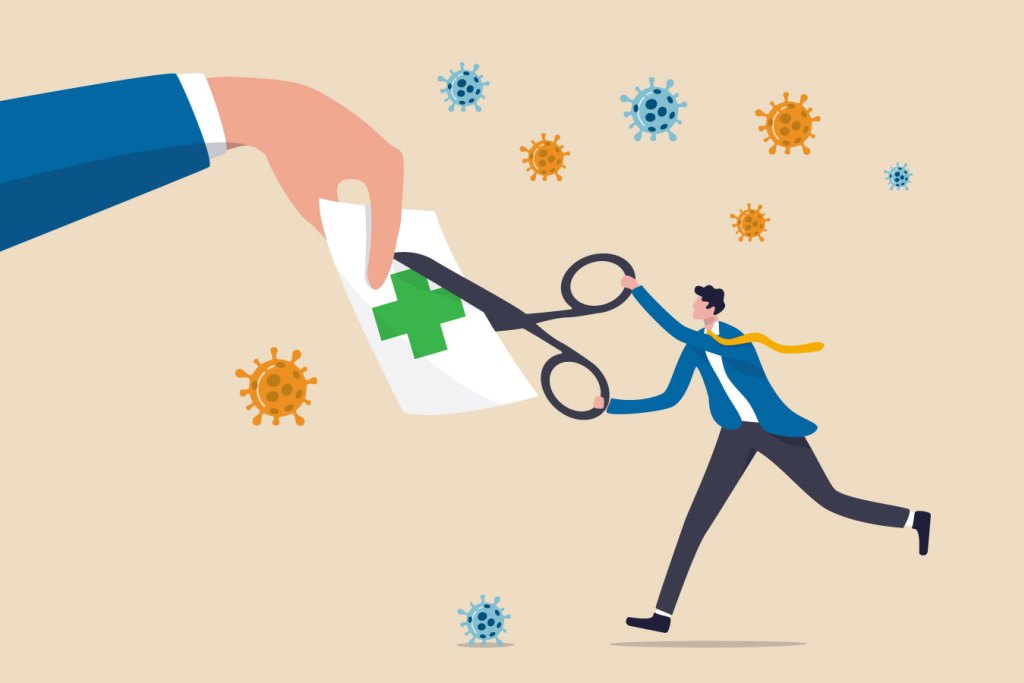 As a teenager, Paulina Castle struggled for years with suicidal thoughts. When her mental health was at its most fragile, she would isolate herself, spending days in her room alone.

“That’s the exact thing that makes you feel significantly worse,” the 26-year-old Denver woman said. “It creates a cycle where you’re constantly getting dug into a deeper hole.”

Part of her recovery involved forcing herself to leave her room to socialize or to exercise outside. But the COVID-19 pandemic has made all of that much harder. Instead of interacting with people on the street in her job as a political canvasser, she is working at home on the phone. And with social distancing rules in place, she has fewer opportunities to meet with friends.

“Since the virus started,” she said, “it’s been a lot easier to fall back into that cycle.”

Between the challenges of the pandemic, the social unrest and the economic crisis, mental health providers are warning that the need for behavioral health services is growing. Yet faced with budgetary shortfalls, Colorado is cutting spending on a number of mental health and substance use treatment programs.

Across the country, the recession has cut state revenues at the same time the pandemic has increased costs, forcing lawmakers into painful decisions about how to balance their budgets. State legislatures have been forced to consider health care cuts and delay new health programs even in the midst of a health care crisis. But many lawmakers and health experts are concerned the cuts needed to balance state budgets now could exacerbate the pandemic and the recession down the line.

“Health care cuts tend to be on the table, and of course, it’s counterproductive,” said Edwin Park, a health policy professor at Georgetown University. When there’s a recession, people lose their jobs and health insurance, he noted, the very moment when people need those health programs the most.

‘Everything Has To Be On The Table’

In Colorado, for example, lawmakers had to fill a $3.3 billion hole in the budget for fiscal year 2020, which started July 1. That included cuts to a handful of mental health programs, with small overall savings but potentially significant impact on those who relied on them.

They cut $1 million from a program designed to keep people with mental illness out of the hospital and another million from mental health services for juvenile and adult offenders. Lawmakers reduced funding for substance abuse treatment in county jails by $735,000 and eliminated $5 million earmarked for addiction treatment programs in underserved communities. And that’s all on top of a 1% cut to Medicaid community providers who offer health care to the state’s poorest residents.

Some of those cuts were offset by $15.2 million in federal CARES Act funding allocated to behavioral health care programs. But some programs were completely defunded. Cuts were targeted primarily at programs that hadn’t started yet or hadn’t been fully implemented. The rationale: Those cuts wouldn’t have as deep an impact.

Doyle Forrestal, CEO of the Colorado Behavioral Healthcare Council, which represents 23 behavioral health care providers, worries that resources won’t be there for an emerging wave of people who have developed mental health or addiction issues during the pandemic.

“People who are isolated at home are drinking a lot more, maybe having other problems — isolation, economic despair,” she said. “There’s going to be a whole new influx once all of this takes hold.”

State legislators said they tried to avoid cutting programs that would hamper the response to the pandemic or the economic recovery.

“There was a desire on both sides to do everything we could to protect health care spending in Colorado,” said Democratic Rep. Dylan Roberts. “But when you’re looking at across-the-board cuts, everything has to be on the table.”

Every state is facing a similar conundrum. With tax filing deadlines pushed back to July 15, states are unsure how much income tax revenue they will collect.

So in addition to cutting back where possible, states are raiding discretionary funds — Colorado repurposed money from the tobacco settlement and marijuana taxes — to shore up their budgets. States are also tapping rainy day funds, which, according to the National Association of State Budget Officers, grew to record levels after the 2008 recession.

Overall, at least 43 states have made some changes to facilitate access to Medicaid or the Children’s Health Insurance Program as many people have lost their job-based health insurance in the COVID crisis. And in late June, voters in Oklahoma approved expanding Medicaid to more residents. But since the start of the pandemic, states including Kansas and California have put off plans to expand eligibility for Medicaid, which provides health care to low-income people.

“These are symptoms of states that can’t deficit-spend, despite this great need for more coverage,” said Sara Collins, vice president for health care coverage and access at the Commonwealth Fund, an independent health policy research foundation based in New York. “If they spend more in one area, that means cuts in another.”

Colorado has had an aggressive health agenda in recent years but had to defer plans for a public health insurance option that could have provided a more affordable plan for people buying insurance on their own.

The legislature killed a proposal to create an annual mental health checkup. The measure would have cost the state only $13,000, but Democratic Gov. Jared Polis signaled he wouldn’t sign any bills that included new mandates for insurance companies.

“Not every one of us is going to catch COVID, but every single one of us will have a mental health impact,” she said.

Once the economic crisis eases, Roberts said, lawmakers will look to restore funding to some of the programs they cut.

But cuts are often easier to make than to restore — as illustrated by cutbacks made during the 2008 recession, according to Georgetown’s Park.

“Many cuts were never fully restored, even though we were in one of the longer economic expansion periods in our country’s history,” Park said.

He also worries many of the smaller primary care and behavioral health providers, who saw fewer patients come through their doors because of stay-at-home orders during the pandemic, might not survive.

“That means less access to care, including routine care like vaccinations,” he said. “If kids aren’t vaccinated, they may be more vulnerable to flu and measles, making them more vulnerable to COVID-19. That makes it more difficult for a stressed health care system to try to deal with a potential second wave of infections.”

The longer-term mental health toll may be harder to catalog.

Castle, for one, has focused on establishing routines to help her manage her mental health during the pandemic. Every Wednesday night, she plays games online with her friends. And every Friday night, she and her boyfriend build a fire in the backyard.

“If I know people are expecting me to be somewhere at 6 o’clock, that obligation encourages me to go out,” she explained. “There are days it’s a struggle. I have to focus on baby steps.”

Still, Castle worries about others who may be struggling during the pandemic. She has signed on to work with the Colorado chapter of Young Invincibles, which lobbies for health care, higher education and workforce policies to help young adults. Even as states and the federal government have found the money to help hospitals and doctors treat the physical effects of the COVID pandemic, she doesn’t see the same commitment to treating its mental health toll.

“We need to start treating mental health the same as we do physical health,” she said. This is an issue we need to stop keeping in the dark.”

If you or someone you know is thinking about suicide, call the National Suicide Prevention Lifeline at 1-800-273-8255, or use the online Lifeline Chat, both available 24 hours a day, seven days a week.

This story was produced by Kaiser Health News, an editorially independent program of the Kaiser Family Foundation.

This article was originally published on Colorado, Like Other States, Trims Health Programs Amid Health Crisis