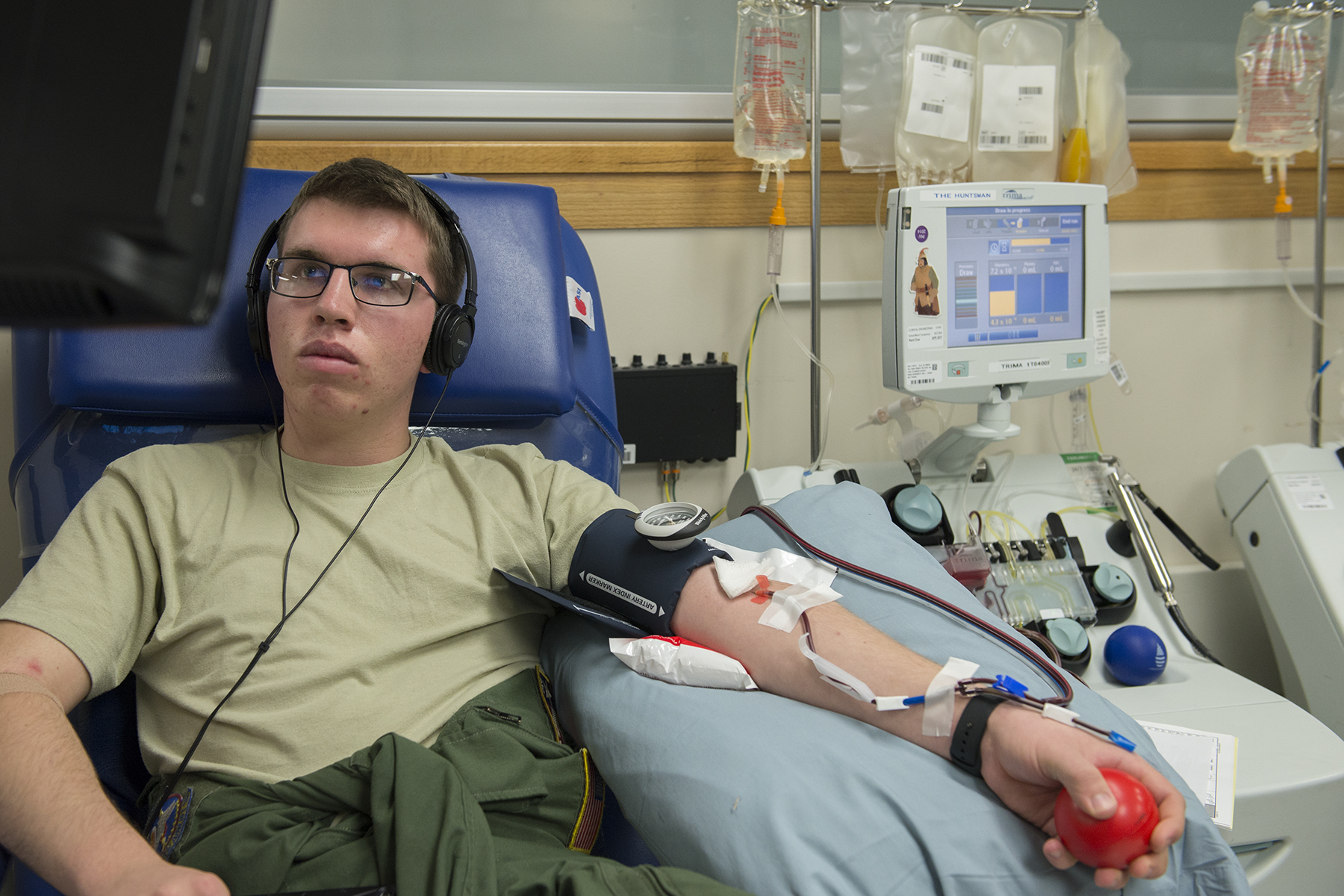 Sindy Nanclares had to drive to the Upper East Side from her Forest Hills home to give blood last month.

In Brooklyn, Ben Kabak hasn’t found a donation drive within walking distance of his home.

And James Feldman’s April blood donation appointment was immediately cancelled after he booked it back in March.

“The places where you could donate blood were all in Manhattan and required a subway trip to get to,” Feldman, a Brooklyn resident, wrote in an email. “Which didn’t seem like a wise risk/benefit.”

Despite critical shortages in the city’s blood supply, New Yorkers are struggling to find nearby centers to make a potentially life-saving donation.

All of New York City’s permanent donation centers are in Manhattan or Staten Island, while residents of The Bronx, Queens and Brooklyn are relegated to pop-up mobile units where appointment slots are few and far between.

All mobile drives from mid-March to mid-May were cancelled, according to a spokesperson for the New York Blood Center, a nonprofit that collects supplies for all the city’s public hospitals, and in the Hudson Valley, Long Island and parts of New Jersey.

Donations trickled down to just 14,000 for the entire region — about half the usual monthly average.

Mobile blood drives — like those in schools, colleges, and businesses — account for approximately 75% of the blood the center collects each month, or about 23,000 monthly donations, according to the NY Blood Center. Each donation is one pint of blood.

The blood bank is stocked to last the region one or two days, the Daily News reported earlier this month.

During his daily news conference on Thursday, Mayor Bill de Blasio urged New Yorkers to donate, if they could. He and the city’s first lady, Chirlane McCray, gave blood at the center’s Upper East Side location that same day.

“Literally you could help save the life of a fellow New Yorker by giving blood at this crucial moment,” de Blasio said.

But some who heard the mayor’s calls to action found that appointment slots to give were rare. And amid the pandemic, many don’t want to risk taking the subway.

Kabak looked up locations near his Prospect Heights home only to find that the nearest one was two miles away in Bushwick — and two weeks away from opening. He was willing to bike there, he said, but feared he’d be too woozy to pedal back home.

“They’re telling people ‘We need you to stay local’ but also ‘You need to give blood,’” he said. “That doesn’t square with the messaging.”

Nanclares, who drove from Queens to donate in Manhattan, was the only person at her donation site in early April. She says she wouldn’t have bothered if she relied on public transit.

“I haven’t taken the subway since I started working from home,” she said. “I don’t know how I would’ve done that if I didn’t have a car.”

As of Friday, only the Blood Center’s four permanent locations — three in Manhattan and one in Staten Island — were open, by-appointment only. There are currently no sites open in any other borough.

Four mobile donation units, each of which will be operating for a day at a time, will open this week: in Lower Manhattan on Tuesday, in Harlem on Wednesday, in Bayside, Queens on Thursday, and in Riverdale, The Bronx on Friday.

Brooklyn will get four mobile donation sites in June, and Queens is slated for three more. The Bronx will have an additional mobile site, in Throggs Neck, next month.

Slots are quickly beginning to fill up.

After hearing of an upcoming pop-up site in Downtown Brooklyn, Feldman tried again this week to get an appointment, and secured one — for July 2.

Though the Jay Street location is an easy walk away from his Fort Greene home, he says he is going to keep trying to find something sooner to help meet the demand.

“There should be more places where we can walk by to give, if we have to keep practicing social distancing,” he said. “If you can afford to live by the one in Grand Central Station, you’re probably one of the people who left.”

Here are some upcoming pop-up blood donation centers. You can schedule an appointment through the New York Blood Center’s website or by calling (800) 933-2566:

The Article was originally published on Despite Shortages, Finding a Place to Give Blood Proves Hard.