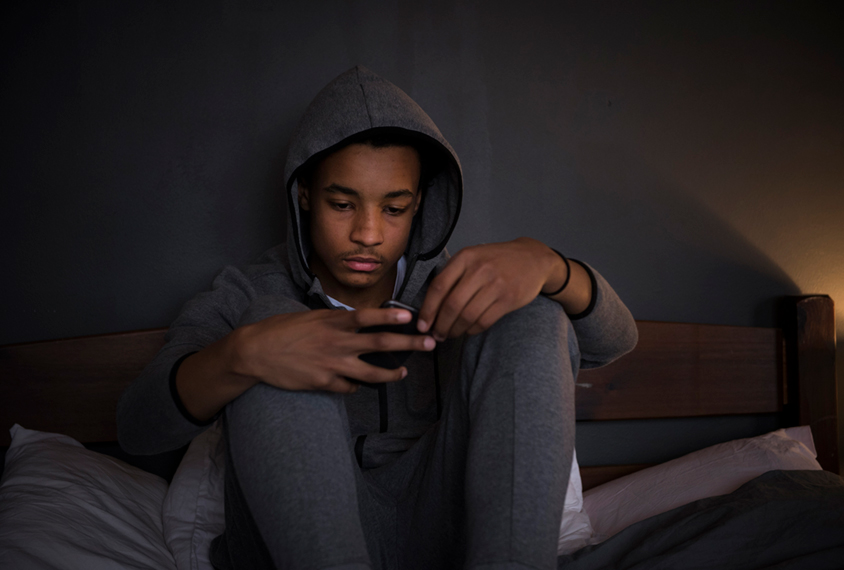 Autistic people who have trouble identifying their emotions, a condition known as alexithymia, are likely to have anxiety, depression and problems with social communication, according to a new study1. Alexithymia may also contribute to worsening mental health: People with severe alexithymia are more likely than those without to develop anxiety over time.

Roughly half of autistic people experience alexithymia, which translates to ‘no words for emotions’ and is characterized by difficulties with identifying and describing one’s own feelings2.

Non-autistic people with severe alexithymia are likely to have trouble with interpersonal relationships and are at increased risk for anxiety or depression, both of which frequently co-occur with autism. But little research has examined how alexithymia affects the mental health of autistic people over time.

The new findings highlight how important alexithymia is to mental health outcomes in autism, says Geoff Bird, associate professor of cognitive neuroscience at the University of Oxford in the United Kingdom, who was not involved in the work.

The fact that the researchers were able to link earlier alexithymia with later anxiety is “pretty damn great,” he says. “It’s about time we took more notice of alexithymia.”

Because some therapies can lessen alexithymia, addressing the condition in people with autism could improve their mental health and quality of life, says investigator Bethany Oakley, a postdoctoral researcher at King’s College London in the U.K.

The researchers analyzed data from 179 autistic people and 158 controls, aged 12 to 30, who are part of the Longitudinal European Autism Project.

They screened participants for social-communication problems and signs of anxiety or depression. They also asked them about how much they pay attention to their internal emotional states, and about their ability to recognize and describe their feelings, such as whether they are often confused by sensations they feel.

When the researchers followed up with many of the participants one to two years later, the participants’ alexithymia scores had stayed the same, suggesting it is a “trait, rather than state,” the authors write.

“That’s quite important,” Oakley says, particularly if alexithymia can be alleviated with therapies. “Those potential benefits conferred could be longer term in terms of mental health outcomes.”

The findings suggest that some social-communication difficulties seen in autism — such as the inability to recognize emotions in others or to respond to others’ feelings — may sometimes be due to alexithymia, Bird says.

“I think there might be some people with autism without alexithymia [who] are not getting the diagnosis that they should get,” he says.

Clinicians treating anxiety and depression in autistic people should take alexithymia into account, researchers say. Autistic people with anxiety are often referred for cognitive behavioral therapy, for example, but the approach requires individuals to be able to identify and discuss their emotions.

Not every person with autism is likely to benefit from an alexithymia-related treatment, says lead investigator Eva Loth, associate professor of psychology at King’s College London. But it could help certain individuals.

Therapies that help autistic people with social and emotional interactions also need to take into account the high rates of alexithymia, says Cari-lène Mul, associate lecturer at Anglia Ruskin University in Cambridge, U.K., because these kinds of interventions often ask participants to understand others’ emotions by comparing them with their own.

“It can’t be stressed enough,” Mul says. “Half of the people with autism don’t have that link because they have alexithymia, and that has effects on their overall mental well-being.”

The researchers are conducting a six-year follow-up with the cohort, which they say might further illuminate the relationship between alexithymia and mental health.