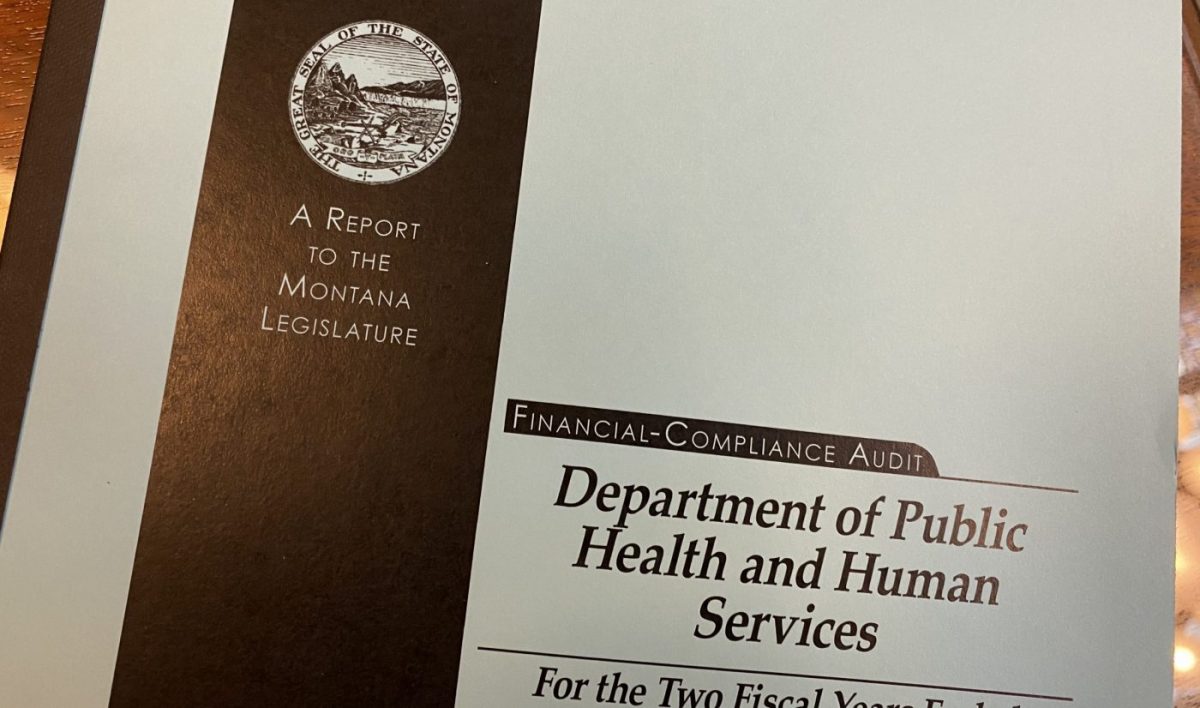 HELENA — Nearly six months after a disputed audit of the state health department stymied Gov. Steve Bullock’s efforts to issue infrastructure bonding, the document, which concludes that sloppy Medicaid administration could result in the federal government billing the state for $84 million in questionable payments, finally had a public hearing before the state Legislative Audit Committee June 16.

Its reception, from health department officials, governor’s aides and their Democratic allies on the committee was frosty.

The study, conducted by the nonpartisan Legislative Audit Division, was a wide-ranging review of the department’s finances in the 2018 and 2019 fiscal years. The debate before the audit committee Tuesday, though, focused largely on how the agency spent nearly $3 billion on the federally subsidized Medicaid program, which as of June 2019 provided health coverage to nearly 343,000 mostly lower-income Montanans.

In essence, auditors said their study identified flaws in the department’s process for checking whether Medicaid applicants qualified for benefits based on income and other factors. Their work, they said, indicated the department may have to repay the federal government as much as $84 million in Medicaid and Children’s Health Insurance Program benefits improperly paid out over the two-year span.

Health department leaders vehemently disputed that conclusion. Department of Public Health and Human Services Director Sheila Hogan and other officials said auditors misinterpreted the regulations that guide how Medicaid is administered and refused to heed input from health department officials on how they thought the study should have been conducted.

They also argued it’s vanishingly unlikely that the federal government will choose to claw back the $84 million.

“The auditor consistently demonstrated a lack of understanding of the program and the laws that govern it,” Hogan said. “And Medicaid is a very complicated program.”

“It just seems very apparent to me that we’ve missed the mark on the scope of the audit,” said Sen. Tom Jacobson, D-Great Falls.

State budget director Tom Livers took criticism of the audit a step further, expressing frustration with what he called auditors’ “questionable choices” in developing their methodology.

“I can only find one explanation for how all these choices come together,” Livers said. “I don’t like it. The only one I can come up with to explain the process is that the division approached the audit with the predetermined conclusion that there is rampant ineligibility among Medicaid participants. And they set out to prove the theory.”

Auditors said Tuesday they had dug into the department’s eligibility determinations for Medicaid and other federal programs as part of a routine look at how the state spends federal money. That work, they said, turned up significant issues with how the department determines Medicaid and CHIP eligibility.

The auditors’ report cites situations in which the department didn’t follow up on discrepancies in client information, as well as situations “where department staff overrode information system controls to allow ineligible individuals to remain in the Medicaid or CHIP programs.”

As a result, the auditors said, they chose to tap external data sources to verify the accuracy of the Medicaid applicant information included in the health department’s case files — specifically turning to state tax data that provided a separate method of determining applicant incomes.

“The department records lacked consistent and reliable information that we could base our audit conclusions on,” auditor Alexa O’Dell told the committee Tuesday.

Auditors reviewed a sample of 63 Medicaid and CHIP case files in which the department made an eligibility determination in 2018 or 2019. They were able to match 51 case files to state tax data, and concluded that 25 of those files contained contradictory income information.

For example, auditors said one enrollee was receiving Medicaid benefits based on a $1,090 monthly income listed in their case file. State tax records, though, put that client’s average monthly income for the year at $5,375, above the program’s eligibility threshold.

Auditors calculated the $84 million figure by extrapolating the error rate in the 63-case sample to the Medicaid program as a whole.

“We just found such discrepancies in this information that we could not say in all cases these eligibility decisions were supported,” said auditor Cindy Jorgenson. “It’s a message that we have to send based on the evidence that we see.”

Health department officials and Democratic lawmakers on the legislative audit committee tore into the auditors’ methodology Tuesday, faulting the decision to use state income tax data to verify applicant incomes.

Medicaid eligibility, they argued, is a point-in-time determination so the program can serve Montanans who have recently lost their job or otherwise have incomes in flux. Income tax filings, they said, report annual totals and don’t have the granularity to indicate an applicant’s income during the month they applied for the program.

Johnston also said the department had reviewed the 63 cases sampled by the auditors and concluded only five had been determined in error.

Several Democratic lawmakers on the audit committee also faulted auditors for not conferring with the health department to reconcile their approaches before completing their report.

“It’s like I’m building a house and every time I cut a board I’m three inches short and I blame my board instead of my tape measure,” Jacobson said.

Angus Maciver, the audit division’s head, said the study had been a difficult process in part because this budget cycle was the first time auditors had looked at the current Medicaid enrollment system.

According to the audit report, Medicaid enrollment procedures were revamped following the 2010 passage of the federal Affordable Care Act, or Obamacare, and then for several years shielded from examination by federal audit guidelines. Montana’s 2015 Medicaid expansion, renewed during last year’s legislative session, has also added a new pool of Medicaid-eligible applicants for the health department to screen.

“We did our best to communicate with this department,” Maciver said. “It’s been a rocky road I think, at times better than others.”

Even before it was made public, the audit report and its potential validation of Republican concerns about Medicaid fraud and waste became fodder in the ongoing political debate over Montana’s Medicaid program. For example, several Republican lawmakers who had voted against renewing Medicaid expansion sent a February letter to the U.S. Department of Health and Human Services urging the agency to have the state “return any fraudulently or inappropriately spent Medicaid dollars.”

“It has the effect, intentional or unintentional, of demonizing Montanans,” she said.

In January, Livers and other executive branch officials publicly criticized the then-unreleased audit after Maciver insisted on referencing the $84 million potential liability in an annual financial report used by creditors to evaluate the state’s fiscal position. That disputed disclosure, they said, threw a wrench in the governor’s efforts to issue infrastructure project bonds approved by the 2019 Legislature.

Maciver responded with a Jan. 10 letter suggesting the executive branch’s comments about the audit “may constitute an undue influence threat against the audit independence standards.”

Maciver’s contract, which is up for renewal in even-numbered years and expires July 1, was listed as an item on the legislative audit committee’s agenda as it met Monday and Tuesday. Prior to a closed-door personnel discussion Monday, committee Chair Sen. Dee Brown, R-Hungry Horse, said committee members would vote on the contract renewal Tuesday afternoon. Brown then said Tuesday afternoon that certain committee members wanted further discussion on that matter, and that the committee would meet again via video conference to vote on the contract renewal before the end of the month.

The article was published at Disputed Medicaid audit gets a hearing