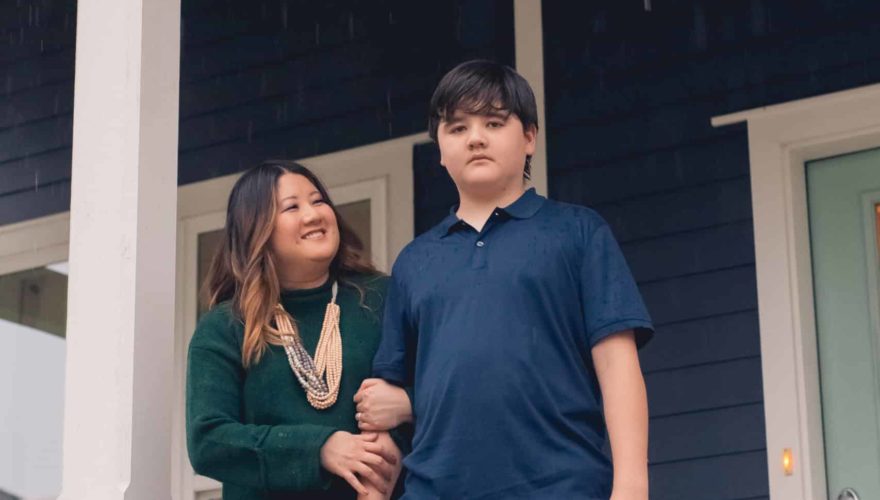 Due to a lack of mental health community services, more patients are languishing in emergency departments — sometimes for weeks — waiting for an inpatient psychiatric bed to open up somewhere in North Carolina.

Bridget Narsh said she was unhappy that her son, Mason, spent 26 days this summer in a “windowless room” at UNC Hospital’s Emergency Department in Chapel Hill.

Mason is a 15-year-old with autism, ADHD, anxiety and PTSD. The changes and disruptions generated by the coronavirus pandemic have been difficult for him and the whole family, she said. He’s had angry outbursts, ran away from his parents in public and at home, and refused to take his medications.

When things get really bad at home, Narsh said she has no other option than to take Mason to the hospital to be evaluated and admitted to an inpatient psychiatric facility for treatment. Narsh recalled at least eight times she’s taken Mason to the hospital for mental health care over the last few years.

“When I go to UNC, I know it’s just a holding spot for him,” she said.

During his last stay, Narsh said her son was put in restraints multiple times because the staff does not always know how to help him.

“Our behavioral health population is enormous,” she said. “These folks languish in our emergency department for days and weeks and sometimes — unfortunately — months, waiting for a bed to open up or somewhere for them to go.”

“That is so wrong,” Brice said.

But this is how inpatient psychiatric care works in North Carolina. Patients go to the emergency room to be evaluated. Then they wait.

Though the number of mental health patients seeking inpatient psychiatric care dropped immediately after Governor Roy Cooper’s stay-at-home order in March, wait times for admission to the state’s psychiatric hospitals were higher this spring, averaging just over one week.

Additional pandemic safety measures could be a factor in the increased wait times. At each facility, state hospital officials designated quarantine units for new admissions, as well as units for COVID-19 positive patients and for those with possible exposure to the virus.

While state psychiatric hospitals didn’t close beds, admissions have been delayed as patients are safely admitted through a quarantine unit, N.C. Department of Health and Human Services officials said in an email.

In general, patients were more reluctant to go to the hospital this spring due to fear of contracting coronavirus. And those who delayed care often showed up at the emergency room sicker, including those with mental health issues. Hospital officials across the country reported this phenomenon, one that Brice said held true for UNC as well.

As North Carolinians have learned about the virus and become more comfortable wearing masks and practicing other prevention measures, Brice said her emergency department numbers have returned to normal.

So, why the wait?

When Brice took charge of UNC Chapel Hill’s emergency department five years ago, she began to see a steady increase in mental health patients. Her counterparts across the country reported similar trends.

“We decreased outpatient resources so people who are struggling don’t get the care they need, and then they get worse,” Brice said.

Despite federal laws passed more than a decade ago calling for mental health to be treated on par with physical health, it’s still difficult to get comprehensive mental health insurance coverage. North Carolina has failed to treat mental illness the same as other illnesses, such as heart attacks or strokes. So patients go to the option that should be their last resort.

“Then it becomes an emergency, and they come seeking emergency psychiatric help because they are really psychiatrically ill,” she added. “And then we don’t have anywhere to place them for inpatient care because we decreased those services too.”

“We didn’t have a safe environment for those people,” she said. “The patients were injured, our staff were injured. Everyone was distressed on multiple levels, morally, ethically, clinically.

“We all saw it was just wrong.”

The emergency department was not built or intended to board mental health patients, and the regular staff was not equipped for this kind of care, Brice said. So she went to the top and asked UNC leadership for help.

“This is a population that’s often overlooked in our society and many people don’t care,” she said. “I didn’t know what kind of reception I was going to get from UNC leaders, but I was shocked at how much they cared once they understood the magnitude of the problem.”

First Brice was given resources to hire psychiatrists, as well as psychiatric social workers and nurse practitioners to work in the emergency department.

Then last month, UNC opened a new unit in the emergency department to provide more space for behavioral health patients. The new unit is divided into three separate areas with 12 beds each. The 12-bed pods can be further subdivided if needed, Brice said.

“Cohorting patient populations is not only about safety. It’s also therapeutic,” Brice said. “It allows for group therapy with groups of people who have similar problems.”

UNC is fortunate to have the resources to make these changes, and Brice acknowledged that. She said several departments were moved to make space for this new unit at UNC Hospital, and it will not make the hospital any money.

“We lose an enormous amount of money in the care of these patients. Many cannot work due to their illness, or they are uninsured or underinsured, and our state didn’t expand Medicaid,” Brice noted.

In a meeting with the governor last year, the CEO of Northern Hospital in Mount Airy said his emergency department sees between 50 to 60 mental health patients a month who are waiting for a psych bed. The hospital doesn’t get paid for treating these patients, he said, adding that North Carolina needed to expand Medicaid.

In the end, these hospital stays are only a Band-Aid for most patients with a mental illness.

Mason has already been hospitalized twice this year. In the spring, he spent 78 days at Central Region Hospital, one of three state-run psychiatric hospitals, according to his mother, Bridget Narsh.

After watching her son cycle in and out of hospitals, Narsh requested the reserved capacity Innovations Waiver, a North Carolina Medicaid program for people with disabilities who need regular assistance to continue living independently.

But these services are extremely difficult to get. The typical Innovations Waiver has a waitlist that can be up to 10 years long. However, the reserve capacity slots are for emergency situations when there is an “imminent risk of immediate harm,” according to the application.

After 26 days of waiting in the UNC emergency department for a psych bed for the second time this year, Narsh got the call that Mason was approved for the emergency waiver services and she took him home.

“He went from having no services to everything you can imagine for life,” Narsh said. “It’s extremely rare to get this at age 15. Things have to be pretty serious to get something like the reserve capacity.”

She said she was shocked to hear the list of services available to Mason and her family, everything from a therapy dog, to a certified aid for her son, to respite hours for her and her husband.

Just in the first few weeks, Mason is doing much better with a three-person intensive home team that shows up several days each week, and ABA therapy twice a week, she said. The waiver services got off to a rocky start as fewer aides are available right now, but Narsh said she feels as though her son “hit the mental health care jackpot.”

“In the long run, I’m hoping that he’ll never have to go back to the emergency department,”

This article was originally published on Mental health patients fill the ER, waiting weeks for help