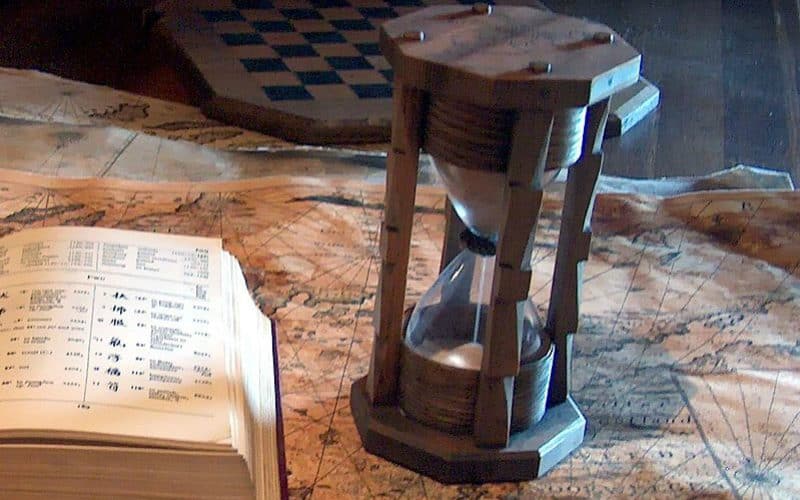 When Morehead Memorial Hospital President and CEO Dana M. Weston started at the hospital in December 2015, she knew that the answer to the hospital’s financial woes was probably to become part of a larger health system.

“I knew they had challenges,” she said. “I thought, sure, we can do a few things and turn it around — right the ship.”

She didn’t know that a Chapter 11 bankruptcy filing would be required to get buyers interested. Since 2013, Morehead Memorial had been trying, unsuccessfully, to persuade a large hospital system to buy it.

Morehead was one of only several hospitals in financial trouble this past year. Just this week, Our Community Hospital in Scotland Neck is slated to close.

A couple of years ago, Tom Bush was working as the “nurse of the day” at the General Assembly.

It’s an honorary volunteer position, used to give health care practitioners (there’s a doctor of the day, too) a taste of the legislature, it also gives providers a chance for some one-on-one with lawmakers.

On this particular day, Bush, who’s worked as a nurse practitioner at UNC Health Care for several decades, was visited by a legislator with a nasty cough. Bush thought he needed an antibiotic, and if he had been at UNC, Bush would have taken out his pad and jotted down a prescription.

But in Raleigh, he couldn’t.

“I can’t practice, I can’t function to the extent of my education and experience because I’m not in a UNC facility,” he explained.

In almost every legislative session of the past decade, advanced practice nurses like Bush have made attempts at the legislature to change the way they are licensed and regulated.

Nurses were only one of the medical professions looking for adjustment to their “scope of practice” from the legislature. But the professionals were largely rebuffed.

10.  With Opioid Overdoses Rising, Medical Cannabis Gets a Second Look

In North Carolina, three to four people per day have a fatal overdose from an opioid, either heroin or a prescription drug. But anesthesiologist James Taylor thinks many – if not most – of those deaths could have been avoided if there were better management of pain and the drugs that people get to treat their pain.

Taylor, who practices in Southern Pines, got involved more extensively in treating pain about six years ago.

He says cannabis could play a role in pain reduction, and he’s getting help from lawmakers at the federal and state levels.

2016 was the first year for legalized cultivation of hemp, a form of the plant that lacks any psychoactive component.

Auditor Beth Wood’s scathing report argues that, despite receiving close to $600 million in annual state Medicaid dollars and having a state mandate, Cardinal was out of line.

The auditor concluded that “because Cardinal spent money, time and effort to explore business opportunities outside of its core mission, these resources were not available to support the organization’s core mission to provide behavioral health services in its specified geographic area.”

We continued our coverage of the outrageous spending at Cardinal Innovations through the dismissal of Cardinal CEO Richard Topping and the DHHS takeover of the Charlotte-based agency in November.

Some of the hundreds of thousands of people exposed to hazardous drinking water at Camp Lejeune have something to celebrate this month.

A federal rule activated in March grants automatic disability status to U.S. Marine Corps veterans who lived at Camp Lejeune from 1953 to 1987 and who suffer from any of eight illnesses linked to exposure to chemicals in drinking water on base during those years.

Yet much remains undone for possibly a million people exposed to potential poisons at Lejeune, says Jerry Ensminger, a retired Marine master sergeant who for 20 years has fought for better transparency and accountability over tainted water at the  base.

State retirees celebrated the inclusion of a 1 percent cost-of-living adjustment in this year’s state budget, the first such COLA in several years. But another group of retirees will lose out – those people who don’t work for the state yet.

Tucked deep into the 438-page state budget released late Monday evening is a provision stating that state employees hired four years from now will not receive health benefits from the state once they retire after decades of service.

The provision on page 406, not obvious at first, means that anyone hired after Jan. 1, 2021 would be ineligible for retiree health benefits.

6.  Bill Would Speed Another Overhaul of NC’s Mental Health System

After months of work, a bill that would have reined in executive spending by the leaders of North Carolina’s mental health managed care organizations seemed ready for final passage in June – until it was rewritten into a form that would upend the state’s mental health system.

HB 403 was intended to put restrictions on extravagant expenditures by administrators at the state-funded organizations, known as LME-MCOs. The measure was in part a response to revelations in a report from State Auditor Beth Wood about leadership at Cardinal Innovations, the LME-MCO that manages the care for mental health patients in 20 counties in the center of the state.

But in a move that blocked eventual passage and acceptance of the bill, it was rewritten into something much more sweeping. And while lawmakers wanted to rein in spending at Cardinal, they weren’t prepared to remake the entire mental health system in the process.

This series came to us from our partner publication Carolina Public Press, which spent 6 months examining problem adult care homes throughout the state, by reviewing inspection records for each of the approximately 1,200 adult care homes in North Carolina.

Adult care homes in North Carolina provide housing to large numbers of people with mental illness and physical disabilities, and these facilities face legal requirements to provide adequate supervision, nutrition, medical care and safe facility conditions. A regimen of county and state inspections monitor the quality and safety of these facilities.

The first of the stories is here.

As Congress debated on the repeal and replace of the Pres. Barack Obama’s signature bill, the Affordable Care Act, a big part of the conversation will be about the future of Medicaid.

We outlined some of the basic numbers of this massive all-encompassing plan.

A 2016 report found that people who abuse opioids are more likely to live in the rural south than anywhere else in America.

Twenty-two of the 25 top cities for opioid abuse are located in southern states, according to the report by the health care information company Castlight. Wilmington is at the very top of that list, with more than 11.6 percent of the population abusing opiates.

Several months later, we took a look at why Wilmington had such high rates of overdose in this follow-up story.

Calling the police to escort his 11-year-old son to the emergency department was one of the hardest decisions Michael Harrison ever had to make.

Liam has autism. His tantrums have become more frequent and violent in recent months. On Friday, Oct. 6, Harrison got an urgent call from Liam’s school director Linda McDonough at Hope Creek Academy, a place for kids who have developmental, emotional or behavioral issues.

Liam was out of control.

For more than 250 hours in the UNC Emergency Department, Liam Harrison waited for an inpatient bed to open at one of North Carolina’s few psychiatric facilities.

Just hours after the final gavel fell on the the North Carolina General Assembly’s long work session on June 30, an email landed in the boxes of reporters: Alliance Behavioral Healthcare announced it was cutting back on vital mental health services it had promised to create in Wake County and other parts of the Triangle.

The cuts came as the agency rethought plans in light of tens of millions of dollars in state appropriations being cut from the budget of Alliance and North Carolina’s six other state-funded mental health management organizations.

Now, leaders at the state’s mental health agencies are taking a hard look at their books as their state dollars get cut for the third year running.