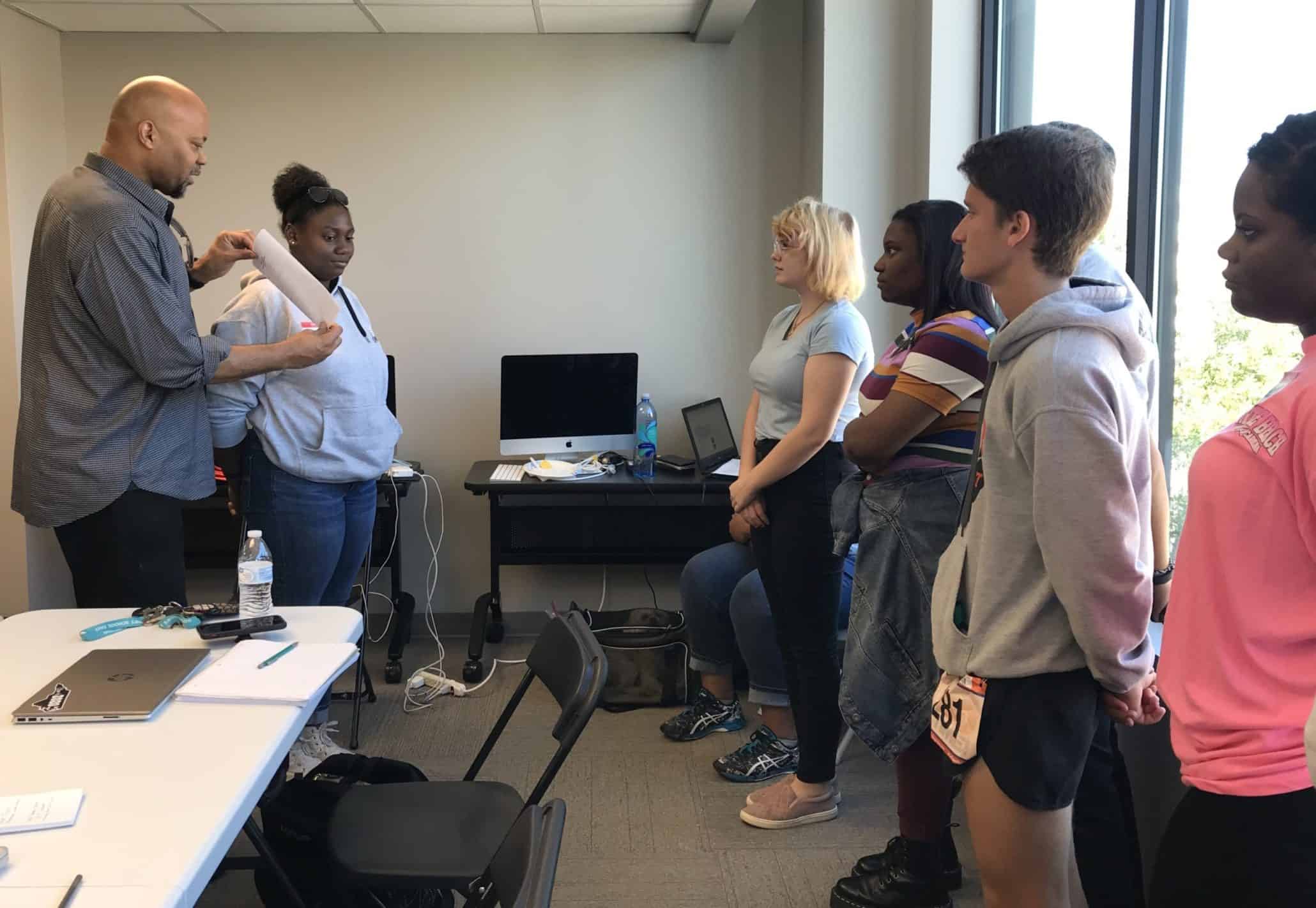 Nearly 15 months have passed since Hurricane Florence struck land at Wrightsville Beach and left rivers and creeks so swollen that their floodwaters turned Wilmington and its many surrounding communities into an island cut off from the rest of the state.

Their lives have been changed forever.

Florence dumped more than 30 inches of rain on a wide swath of coastal North Carolina, causing flooding in 74,563 structures and leaving mold, mildew and some of the most impoverished communities with uninhabitable homes. Trees were toppled. Rushing waters broke roads apart. Modern communication systems went down and remained intermittent for long spells.

As climate change promises the possibility of more frequent megastorms, these seven teens confronted the ravage that Florence wreaked and offer lessons in recovery and resiliency for the young and old alike.

The workshop was held in partnership with the team at Working Narratives/ Coastal Youth Media, an organization that uses storytelling and organizing to confront social justice issues. WN/CYM team member Franchon Francees designed and lead the workshop, with assistance from Krys Fakir and Erica O’Brien.

What we heard from these young people blew us away.

Shamyia Robinson is a teen who had lived through a number of hurricanes before Florence. Before the storm blew ashore, she thought it would be a typical event. But as the winds shook her house overnight, Shamyia learned the meaning of fear.

The succeeding year has been a lesson in managing that fear.

“Now that I know what fear truly feels like, I have a better understanding of how I can react to it and lessen it,” she wrote in her essay.

Abel Zukerman runs cross country track for New Hanover High School. But when Florence came to call, he and his team had to take a hiatus.

It turns out Florence posed problems for many of the area’s athletes, an issue that received little attention during and after the storm. Abel tells his own story of trying to stay in racing form, even as he was trying to cope with the aftermath of the hurricane.

Many of the people from Karissa Sowers’ neighborhood experienced dramatic rescues from their properties, when helicopters came to carry them to safety. Her home was almost ruined, requiring months of repairs. But for Karissa, the experience taught her how resilient she and her family really were.

“Hurricane Florence taught me and my family that home is not a physical address, but rather a place where you feel loved and safe,” she wrote in her essay.

Charlize Bryan wrote that her Hurricane Florence experience left her feeling anxious: for her safety, for the health of her mother, who has diabetes, and for her home.

Before Florence, Charlize wrote that she had not taken storms that seriously, but in the wake of Florence, her first thought is always “please let my mom be safe.”

Jonny Morales and his family fled from southeastern North Carolina and stayed with family in Chicago when Florence took aim at the state. But while away, they could only think about their town, friends and home.

When he returned to North Carolina, Jonny’s home was unlivable due to water damage and mold, but the fear he felt quickly was allayed by the love and encouragement of friends.

“The label ‘victim’ of Hurricane Florence would no longer define me,” he wrote.

Then Jonny got to work providing relief to those less fortunate.

As the child of Honduran immigrants, Julia Narvaez wrote that she grew up feeling like an outsider in Wilmington. But as she worked to provide help to people affected by the storm, her feelings evolved.

“It felt like race and class no longer mattered. All that mattered that day was knowing where you were going to sleep at night,” she wrote. “This newfound unity inspired me to give back.”

Only a handful of people perished during Hurricane Florence, but Shecoria Smith received the “shocking” news that two of the fatalities was the mother of a close friend and her new baby.

“I had heard stories of fatalities days before, brushing it off like it could never affect me and not knowing that days later I was going to get a rude awakening,” she wrote.

She learned that hurricanes are something to be taken more seriously in the future.