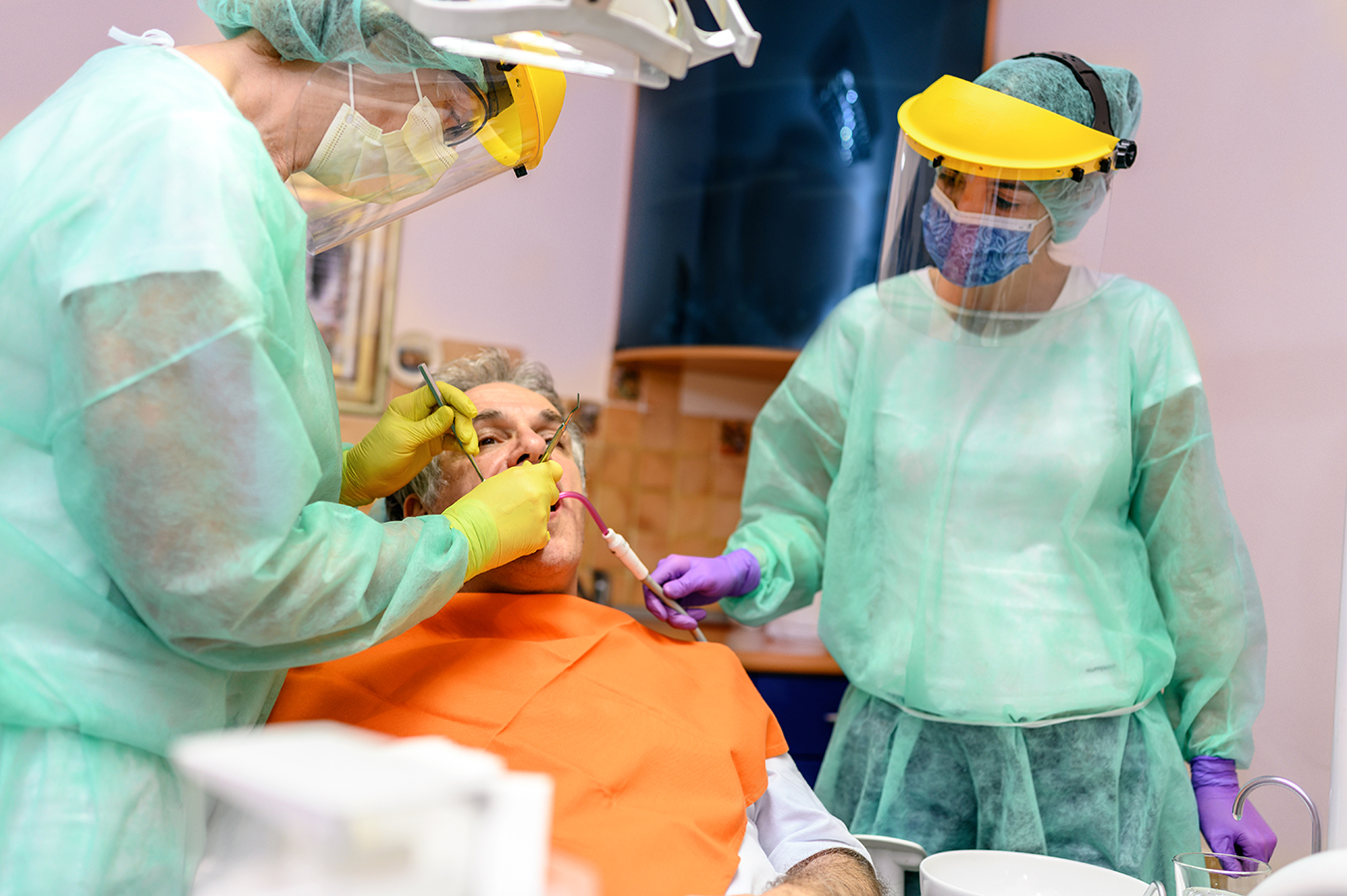 After nearly two months at home due to the COVID-19 pandemic, Erica Schoenradt was making plans in May to see her dentist for a checkup.

Then she received a notice from Swish Dental that the cost of her next visit would include a new $20 “infection control fee” that would likely not be covered by her insurer.

“I was surprised and then annoyed,” said Schoenradt, 28, of Austin, Texas. She thought it made no sense for her dentist to charge her for keeping the office clean since the practice should be doing that anyway. She canceled the appointment for now.

Swish Dental is just one of a growing number of dental practices nationwide that in the past month have begun charging patients an infection control fee between $10 and $20.

WE WANT TO HEAR FROM YOU

During the pandemic, health care is a top concern for all. So we want to hear from you: What do you like about California Healthline’s coverage? How can we improve? Please take our short survey.

Dentists say they struggle to pay these extra costs particularly after most states shut down dental offices in March and April for all but emergency care to reserve personal protective equipment for hospital use. They are also seeing fewer patients than before the pandemic because some fear going back to the dentist and at the same time dentists need to space out appointments to keep the waiting room uncrowded.

Nearly two-thirds of dental offices across the country have reopened for routine care, according to the American Dental Association.

The association, which sets industry standards, says dentists who opt to charge the extra infection control fee should disclose it to patients ahead of each visit, a spokesperson said.

“The infection control fee is helping us mitigate the costs of the extra expenses,” said Michael Scialabba, a dentist and vice president of 42 North Dental, whose 75 dental offices in New England are charging an extra $10.

Why don’t dentists just raise prices instead? Dentists said they have little or no leverage with large insurance companies to force them to raise their reimbursement rates. The ADA asked insurers to take into account additional COVID costs dentists face and many insurers responded by agreeing to pay extra fees.

For example, Harrisburg, Pennyslvania-based United Concordia Dental agreed to pay dentists $10 per patient per visit in May and June to offset their PPE expenses for all fully insured clients. The company has more than 9 million members nationwide.

The new infection control fee upsets some patients, although most understand that the cost of dentistry has increased, said Rishi Desai, director of operations and finance at Swish Dental, which has eight locations in the Austin area. “We are just as frustrated with all of these, too, but as a small business we had to reassess things.”

Erica Schoenradt, of Austin, Texas, canceled her appointment with her dentist after learning that the practice would charge a $20 fee to help defray costs of masks, gowns and other equipment needed to guard against the coronavirus. (Courtesy of Erica Schoenradt)

Desai, whose wife, Viraj, is a dentist and the founder of the dental chain, said the extra money will help the practice survive. “We are not making money off this,” he said. “This is just to sustain us so we are not bleeding out cash.”

He noted that last year Swish was paying about $6 for a box of 20 face masks. Today, $6 buys a single mask. The dental office has installed sneeze guards, staffers are wearing face shields over their masks, and the offices have added air filtration systems and hired additional sanitation staff members to clean their offices every day.

He estimates the offices are working at only about half capacity since reopening in mid-May. In weighing how to handle the extra costs, Swish was reluctant to cut employee wages, he said. “Everyone is trying to figure this out,” he added.

She said the small office has had to buy many more disposable masks and gloves. “We’ve had to step up our game,” she said. So far, she hasn’t heard any feedback on the $10 fee. “We have very understanding clients,” she said.

Tamar Lasky, an epidemiologist, said she likes her Owings Mills, Maryland, dentist and was glad the office was communicating the many precautions it was taking to prevent the spread of COVID-19. But she was stunned when informed by email that a $15 “infection control charge” would be added to her bill.

“I can readily imagine there are a range of additional expenses, as well as a loss of revenue associated with the pandemic, but infection control is not an extra service. It is part of the practice of dentistry,” Lasky said.

“I’m not sure what is the best solution to the increased costs of tighter infection control, but this new charge may not be covered by insurance, and that passes all the burden to the patient.”

The article was published at Open (Your Wallet) Wide: Dentists Charge Extra For Infection Control