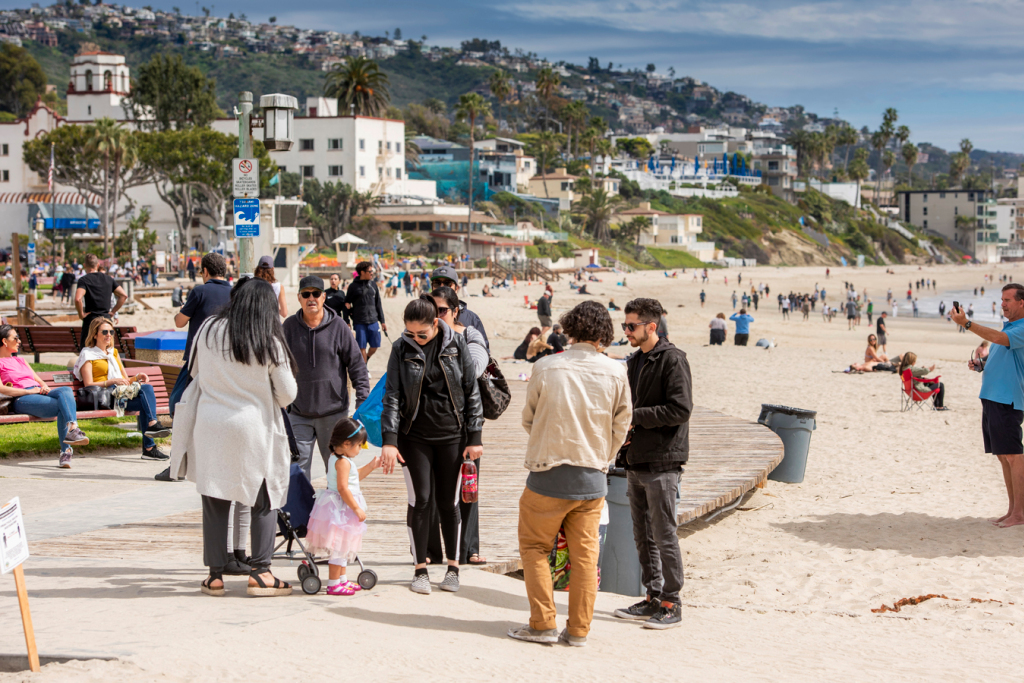 When Gov. Gavin Newsom last week ordered nearly all 40 million Californians to stay in their homes to combat the spread of COVID-19, he set the tone for the nation, becoming the first to issue a statewide lockdown.

But one week into the lockdown, epidemiologists tracking rates of transmission in California and the United States worry that Newsom’s shelter-in-place order will be less effective in controlling new infections without stronger enforcement. Local lawmakers and public health officers share their concern and some are exercising their policing powers.

Newsom’s hands-off approach to enforcement, enlisting social pressure as the primary tool to persuade people to comply, threatens to slow California’s progress in lowering the rate of new COVID-19 infections so hospitals are not overwhelmed, and may increase the length of time Californians must stay at home, they say.

“When you see pictures of crowded ski lodges in the mountains of California, one wonders if one shouldn’t take a more aggressive approach,” said Dr. Sten Vermund, an infectious disease epidemiologist and dean of the Yale School of Public Health.

The novel coronavirus has infected more than 65,000 people in the U.S. and killed more than 925 as of 5 p.m. PT Wednesday. In California, which has the most cases in the country after New York and New Jersey, the illness has sickened nearly 3,000 people and killed at least 65.

Local officials fear that those numbers will surge without a clear, rigorous enforcement strategy from the state. And in the absence of a uniform statewide strategy, some cities and counties have taken action on their own.

“I’ve been watching what’s going on in China and Italy and the Bay Area and, now, New York, so my strategy is to be as aggressive in terms of prevention as possible,” Pace said. “The less wiggle room, the more we are going to have success.”

Over the weekend, shortly after Newsom issued his directive, crowds packed beaches stretching along California’s coastline, from Malibu to the rugged Sonoma Coast. Parks were jammed with visitors and farmers markets bustled with shoppers.

“This is no joke,” said Democratic state Sen. Mike McGuire, who represents the North Coast. “The crowds that we saw on the coast in Sonoma and Marin counties were the equivalent to the Fourth of July holiday, which is the largest beach holiday in Northern California.”

Despite the activity, Newsom continues to insist that social pressure and friendly reminders to keep at least 6 feet apart will work to curb the coronavirus.

“I’m counting on social pressure, not law enforcement,” he said during a press call Saturday.

Newsom said he still needs time to prepare the public to make drastic changes in behavior. He released worst-case projections this month that indicate, without action, 56% of the population — 25.5 million people — could contract the virus.

The first-term Democratic governor also hasn’t provided an end date for the order, saying it would be irresponsible to do so given the uncertainty ahead.

Newsom has broad authority to enforce his order, including enlisting law enforcement to issue citations and charge violators with misdemeanors.

By declaring a statewide emergency, he also activated the state’s powers under the Emergency Services Act, which gives the governor broad authority to make, carry out and compel compliance with emergency orders, state constitutional law experts said.

The act “allows the governor to gather and deploy all the state’s resources to combat the crisis and to issue necessary orders,” Stephen Duvernay, a lawyer and senior research fellow with the California Constitution Center at the University of California-Berkeley School of Law, said via email.

On Monday, Newsom vowed to increase the presence of state park patrols equipped to issue citations, after directing the closure of some parking lots at crowded parks.

“We don’t just have to enforce through traditional law enforcement,” he said. “I don’t want folks to think we’re going out there having checkpoints in every part of this state.”

“We have the legal authority to do whatever is necessary to interrupt the spread of communicable disease,” he said. “The state does have the ultimate authority — they could say ‘No, stop doing that,’ but they’ve been providing us guidance while also looking to us for wisdom.”

Aragón acknowledged that Newsom has a point. Enforcement must be paired with public education, he said.

“At the end of the day, you do have to win over the population,” he said. “So there has to be some social pressure to make this work.”

For instance, the San Jose Police Department is deploying officers to go after those in violation.

Four police cars, with two officers per car, regularly patrol the streets, looking for people and businesses in violation of Santa Clara County’s stay-at-home order — the model widely adopted across the Bay Area that remains in effect, in addition to the statewide order.

“At this time, our officers have educated various businesses,” said Gina Tepoorten, a San Jose Police Department spokesperson. “They have not issued citations at this time.”

San Francisco police are also alerting people to the new rules but taking an education-first approach. Department spokesperson Adam Lobsinger explained the city’s message to residents and businesses: “The public health ordinance allows for enforcement for noncompliance, but with your continued cooperation we will never have to exercise that option.”

“I think he’s doing progressive, escalating steps, but you can’t do that forever,” said state Assembly member Rob Bonta (D-Alameda). “Leaders do need to be pushed.”

This article was originally published on Public Health Officials To Newsom: Lockdown Won’t Work Without Enforcement