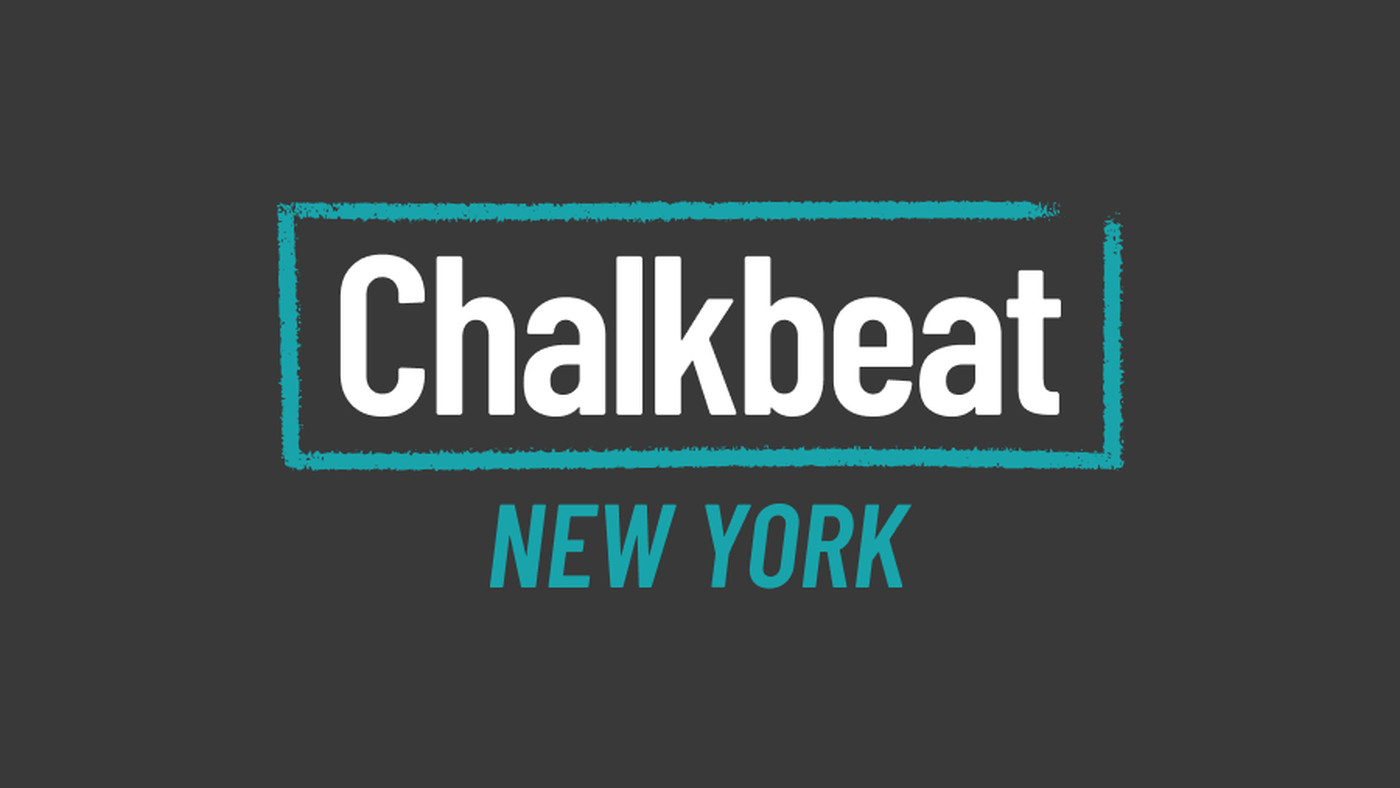 For Chantal Desdunes, going to work sometimes means riding the subways with a parent in search of a runaway child. Sometimes it means visiting a child’s family member in the hospital or mediating a mother-daughter argument over the phone. Sometimes it means offering guidance to a student’s crying, jobless father.

As the parent coordinator at the High School for Youth and Community Development at Brooklyn’s Erasmus Campus, Desdunes starts her days early, walking briskly through the halls nudging her “babies” to take off their hats and get to class.

On a recent Wednesday, Desdunes entered her office — “the parent center slash you name it” — grabbed her morning cup of coffee and settled in at the meeting table. Stacks of manila folders, photocopies of fliers, and scribbled family outreach records crowded the tabletop.

“Anything that has to do with parents goes to me,” Desdunes said.

On the docket for the day: Stuffing the folders for mailing, finishing the monthly Gazette parent newsletter, preparing for an evening workshop, solidifying plans for a student outing to a Nets game, securing four student immunization records, updating the honor roll bulletin board, and monitoring the automatic messaging system that she uses to communicate with parents en masse.

In 2003, Desdunes was an assistant director at a community organization, Community Counseling and Mediation Services, when Marie Prendergast, YCD’s founding principal, selected CCMS as her community partner. Through their collaborative planning work, Prendergast became familiar with Desdunes and her values and pulled her on board to be the school’s parent coordinator.

At the time, the position of parent coordinator was in just its second year of existence, after Mayor Bloomberg and former Chancellor Joel Klein created the position in their first round of school reforms. They required each principal to hire a liaison to work with families even as they sought changes to the city’s school administration to reduce parents’ input in governance.

A decade later, parent coordinators continue to be mandatory for elementary and middle schools. But in 2010, the position – which pays around $40,000 – was made optional for high schools. In October, 57 parent coordinators were among more than 700 school support workers who were laid off.

As one of the longest-serving parent coordinators in the city, Desdunes highlights what the role adds at a time when it is threatened. Parents say YCD would be unimaginable without Desdunes’s watchful eye, nurturing guidance, and encouraging words.

“She made him go back. She’s like ‘Where you going? I’m calling your mother right now,’” McNeill-Kane said. “She loves the kids and she treats them as her own. She stays on top of them.”

Critical phone calls aren’t the only ones parents are getting: Desdunes works with teachers to encourage positive calls home too. She also delivers frequent reminders about school events.

“When there’s an upcoming meeting she calls you a thousand times a day to make sure all the parents come,” McNeill-Kane said.

Jacqueline McDonald became the guardian of a YCD student whose mother was murdered during her freshman year. McDonald said that Desdunes shepherded them through that trying time by keeping them anchored to the school community.

“She guided us,” McDonald said. “Talking with the teachers, calling us every day, she guided us through the whole thing.”

Now, the teen in McDonald’s charge is a senior with a steady post on the honor roll, and McDonald credits Desdunes for keeping both of them engaged.

“She’s someone I could go to whenever there’s a problem,” McDonald said. “She’s very helpful in giving me advice and encouragement.”

Desdunes knows how crucial encouragement can be because, like many of the parents at YCD, she has struggled to provide for her children in the past, too. In 1991, during a trip to New York, a coup d’état in Haiti, where Desdunes lived and attended private schools, stranded her and her two children stateside. She enrolled them in a Catholic school and took a job on Wall Street to pay the tuition, abandoning her progress toward a degree in bilingual education in the process. On occasion, when she had to work through the night, she would put her children to sleep under her desk.

Ultimately she had to pull her children from private school and enroll her daughter at P.S. 161 The Crown and her son at M.S. 61, both in Crown Heights. After seeing how heavily the Catholic school had courted parent involvement, Desdunes was shocked by the boundaries that kept parents out of public schools.

“I was appalled by the lack of parental involvement or parental say. This is our school, we pay taxes so we should be able to confer with somebody,” Desdunes said. “Just because you’re in public school doesn’t mean that education should be mediocre.”

She made her way onto the board of M.S. 61’s parent-teacher association and increased her engagement in her Crown Heights community by attending local police precinct community council meetings and becoming active in her building’s tenant association. In 1999, she found the job at CCMS through a cousin.

Prendergast said that one of the most significant tasks Desdunes has taken on has been empowering parents and letting them know that they have the right to make noise and keep the school accountable.

“She goes beyond the job description,” Prendergast said. “Far beyond.”

Now, positioned at the intersection between home and school, Desdunes can both advocate for parents and help school staff push back against more difficult parents to open constructive communication.

It’s the advocacy that consumes her working hours. Many YCD students have immigrated from the Caribbean and many live with people other than their parents. Some of the children are not documented immigrants. Some of the parents don’t have jobs.

Desdunes moonlights at Brooklyn United for Innovative Local Development, running an employment program. Tapping into her connections there, Desdunes has been able to direct parents and students towards job opportunities, and keeps a hefty file of their resumes and cover letters on her computer.

Meeting everyone’s needs requires a certain scrappiness, Desdunes said. “We will use every tool and invent new tools to meet your needs,” she said. “And the needs are huge. Immense.”