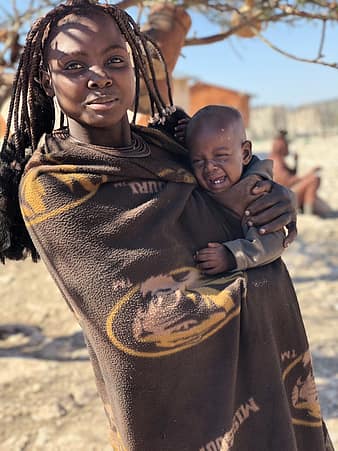 VER FEEL as if motherhood literally sucked the life out of you? Well, there’s some science to back that up. A recent study in the journal PLOS One reported that the more children a woman gave birth to, the faster she aged.

The study, which looked at DNA in 100 postmenopausal women, found that those who’d experienced more pregnancies and births had increased levels of oxidative damage — an imbalance between free radicals and antioxidants that is an indication of accelerated cellular aging. The authors declared their findings “the first evidence for oxidative stress as a possible cost of reproductive effort in humans.”

But wait: Maybe having children revitalizes you, keeps you young. Because the week before that study was published, another had come out — in the same journal — showing that the more children a woman gave birth to, the more slowly she aged.

That study, on 94 women with an average age of about 40, found that over the course of 13 years, those who gave birth to more children had longer telomeres, the protective casings at the end of a DNA strand. Like a candle that burns down every time you light it, telomeres get shorter each time a cell divides. The authors suggest that elevated estrogen levels in pregnancy may protect DNA from the damaging effects of oxidative stress.

Individually, such studies make for irresistible headlines, but few news stories acknowledge the persistently contradictory nature of findings in this area. We want the answer to be simple, but it just isn’t. Poke around in the literature and you will find as many articles describing the protective effects of childbearing as those that refer to it as utterly depleting.

How could having kids affect health and longevity in such disparate ways? Why can’t we definitively say how pregnancy will affect any human body?

“I don’t think there is a simple answer,” says Grazyna Jasienska, head of the Human Reproductive and Evolutionary Ecology group in Poland and a co-author of the study showing accelerated aging in mothers. “It’s interesting because it’s complicated.”

Nearly 15 years ago, Jasienska established the Mogielica Human Ecology Study Site, which collects data on the inhabitants of five villages in the mountains of southern Poland. It’s a rural population in which women still perform a lot of manual labor on small farms. She was attracted to the population’s broad fertility rate: from zero to 16 children.

“We’re comparing women with five kids with women with 12 kids. This makes it possible to really look at the costs of reproduction,” Jasienska says.

Life-history theory asserts that since the body has a finite amount of energy to work with, energy put toward reproduction is energy not spent on self-maintenance. It’s maternal martyrdom at the cellular level. In most species, increased reproduction is linked to decreased lifespan. This is the theory researchers expect to confirm when studying how childbearing affects longevity in humans, but apparently, it isn’t quite that cut and dried.

“Although the relationship between women’s fertility and their post-reproductive longevity has been extensively studied, the nature of this relationship remains unclear,” the authors of yet another PLOS One article declared in December 2015. “A meta-analysis of 31 studies on this topic did not show a consistent pattern. The relationship … can be negative, positive, or absent.”

Childbearing comes with a vast array of variables: maternal nutrition, disease risk, time between pregnancies, breastfeeding duration, number of pregnancies, even the baby’s gender. Boys tend to grow faster in utero, to weigh more at birth, and to make higher lactational demands, so “having sons may be more energetically expensive for mothers than having daughters,” Jasienska explains in “The Arc of Life.”

And breastfeeding is even more “energetically expensive” than pregnancy. Women who exclusively breastfeed their babies need to eat an extra 640 calories a day; only 300 additional calories per day are needed during the last two trimesters of pregnancy. It’s a factor that tends to be neglected by research into the relationship between fertility and longevity.

“The [overall] costs are not the same for someone who eats well compared to someone whose food intake can’t cover the excess energy needs of pregnancy and lactation,” Jasienska says. “[In] well-off women who have many children, we see increases in longevity. For someone in an economically developing country, for example, the costs of reproduction are much more intensely received by the organism.”

Childbearing has been shown to increase the risk of cardiovascular disease, diabetes, and osteoporosis, Jasienska noted. Conversely, the hormones involved in pregnancy and lactation can reduce the risk of pancreatic and reproductive cancers. So a woman’s lifestyle habits and baseline risks for these diseases will all play a part in the ultimate effects of childbearing. Did having kids end your drinking and smoking days, or do your children drive you to drink? According to Jasienska, this is why some studies see no effect: “because everything evens out.”

Moreover, she says, having a child every year is much different from having, say, one child every four years. “The question is: is the damage reversible? For women who have children close together, is [the body] only repairing itself a little, but accumulating damage that leads to problems at an older age?”

Not all studies account for all of these variables, but that doesn’t mean their findings aren’t valid, just that we should understand the limits of their broader applicability. “To study all of what reproduction does and how — I’m not sure if a perfect study is possible at all,” Jasienska says.

Half a world away, in the highlands of Guatemala, Pablo Nepomnaschy found a population to study with similarly wide-ranging fertility rate: between one and 10 children. Nepomnaschy is the director of the Maternal and Child Health Lab at Simon Fraser University in British Columbia, and co-author of the study that linked childbearing with longer telomeres. He began collecting data on a group of indigenous Kaqchikel Mayan women in 2000, expecting his findings to support life-history theory. Instead, he found the opposite.

“I was very puzzled,” says Nepomnaschy, speaking from the field in Guatemala. “So I had my team redo the results, but they kept coming out the same way… I soon discovered we were not the only ones to find these results, but nobody had a good explanation of why.”

He says he then happened upon a study in which researchers in Israel found that both mice and humans exhibited faster tissue rejuvenation after pregnancy. The fetal cells that mingle in the mother’s organs and bloodstream, the authors suggested, may act like an injection of youth.

“I was blown away by [these results] … reproduction is costly, but maybe it’s associated with biological mechanisms that slow down aging,” Nepomnaschy said. On average, women live longer than men. So there may be something built into female DNA, or into the process of reproduction, that helps maternal cells recover from being temporarily neglected.

Perhaps it’s that there’s an optimum number of human offspring. A recent analysis of 18 cohort studies, seven of which included men, uncovered a J-shaped association between number of children and risk of mortality from all causes: Parents of one to five children had a reduced risk of death compared with those who had either no children or at least six. For both men and women, the greatest reduction was for parents of three to four children. Other large studies cite the magic number as two.

Since you’d have to start young and have relatively short periods between pregnancies to give birth to six kids, this assessment is in line with Jasienska’s concern about the body’s ability to withstand such demands. Another possibility is that the genes linked to increased fertility are also associated with increased levels of oxidative stress, as well as increased susceptibility to infectious diseases.

PREGNANCY is one thing: parenting is another. Do social support systems after birth — or lack thereof — affect a mother’s recuperation? Surely decreased sleep and increased stress play roles here, too.

Nepomnaschy says that as with childbearing, the biological costs and benefits of childrearing may vary by population and counteract each other. Jasienska explains that on one hand, “if parents have limited resources and must share them with many kids, this is not going to be good for their health. On the other hand, children help their parents and also take care of aging parents. Our study showed that women with high fertility have shorter life span, but in men, number of daughters is related to longer life span.”

It’s likely that no study will ever separate out all of the factors to definitively say how pregnancy and parenting affect the body. Especially not if what we’re looking for is a simple answer — an irresistible headline that purports to be applicable to anyone.

Olivia Campbell, a science journalist and essayist, is a regular contributor at New York Magazine. Her work has also appeared in The Washington Post, Scientific American, Quartz, VICE, Pacific Standard, and STAT News.