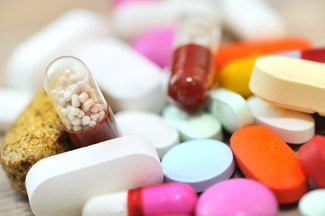 The mention of nutritional supplements to treat autism might make some scientists wary. Little rigorous research has been done on their effects, and what research exists is often inconclusive.

In the past year, however, researchers have found specific genetic problems that point toward a metabolic deficiency in some cases of autism. These studies open up the possibility that supplements such as carnitine or certain amino acids may help treat autism.

The findings are exciting because they suggest that some forms of autism may be preventable. But scientists don’t yet have data on whether supplementing the diet in these cases can prevent the disorder or improve symptoms. Nor do they know whether the potential benefits will be limited to those with specific genetic deficiencies or be effective more broadly.

Some teams are looking more rigorously at the benefit of supplements across a larger population.

In January, a large-scale study from Norway showed that women who take folic acid supplements during early pregnancy reduce their risk of having a child with autism1. And a small, placebo-controlled trial of N-acetylcysteine (NAC), an antioxidant used to treat acetaminophen overdose, found that the supplement improves irritability in children with autism2.

Despite the promise, scientists say it’s important to tread carefully and keep expectations in check.

Joseph Gleeson, professor of neurosciences at the University of California, San Diego, published a study in September on a rare metabolic deficiency that may be treatable with certain amino acids. After the publication, he cautioned parents not to give it to their children until there was evidence of if and when it worked.

Last May, Arthur Beaudet and his collaborators showed that a small deletion in a gene called trimethyllysine hydroxylase, epsilon (TMLHE), which is involved in synthesizing carnitine, raises autism risk. (Carnitine helps transport fatty acids into the mitochondria, the cell’s energy producer, which has also been implicated in autism.)

The study looked specifically at TMLHE, but Beaudet says that common variations in a number of genes have been shown to influence carnitine levels in the blood. He says environmental factors, such as diet, illness or even the microbes living in the gut, may also alter carnitine and, potentially, the risk of autism.

Beaudet’s team is studying children with severe carnitine deficiency, a rare condition, and trying to get carnitine testing implemented on a wider scale.

It’s not yet clear how broadly applicable the findings will be. “We already have a lot of patients who take carnitine and don’t see striking behavioral effects,” says Gleeson, who is not involved in the carnitine study. “Whether it will have a striking effect when used at optimal dosage, I don’t know.”

Beaudet says he hopes to work with researchers studying infants at high risk of autism — those who have an older sibling with the disorder and therefore a 20-fold higher risk of developing the disorder compared with the general population.

“I would like to see if nutritional supplementation from birth can push down this rate,” says Beaudet. “But I don’t know if I can convince anyone to buy into a trial like this.”

It’s not yet clear how lack of carnitine affects the brain, but Beaudet’s team aims to answer that question by studying animal models — including worms, fruit flies and mice — with abnormal carnitine metabolism.

In September, Gleeson’s team published a study identifying rare mutations in a gene called branched-chain ketoacid dehydrogenase kinase (BCKDK) in a pair of siblings with autism. BCKDK is involved in the breakdown of branched-chain amino acids, a set of molecules that are essential for building proteins.

Gleeson says he doesn’t yet have enough people with the mutation to start a clinical trial of supplements. His team has shown, however, that giving the amino acids to mice lacking the enzyme helps restore their brain levels of other amino acidsto normal.

To test whether the treatment might work for other forms of autism, his team is testing the amino acids in other mouse models of autism.

It’s unclear how common these disorders are among people with autism. A 2011 study found that only 2 of 274 children with autism tested positive for a metabolic disorder. But Beaudet and Gleeson’s studies, as well as ongoing sequencing studies of autism, may expand the number of disorders that fall into this category.

Other researchers are looking at whether supplements can lower autism risk or symptoms generally.

A study of more than 800 children, published in July, found that mothers who take 600 micrograms of folate during the first month of pregnancy are less likely to have a child with autism4.

The effect is strongest in women with a mutation in an enzyme called methylenetetrahydrofolate reductase (MTHFR), which is involved in a chemical reaction involving folic acid. MTHFR mutations have been weakly linked to autism.

A second, much larger study, published in January, provides further support that folic acid early in pregnancy can reduce the child’s risk of autism by about 40 percent1.

The antioxidant NAC has also shown preliminary promise. A study published in June of 31 people with autism, half taking the supplement and half on a placebo, found that those taking the drug improved on a test of irritability. (The only two drugs approved by the U.S. Food and Drug Administration for autism both treat irritability.)

Antonio Hardan, who led the NAC study, says he was inspired to study the supplement in part because parents were already using it, despite little evidence of its benefit. But he says he was also interested in its antioxidant properties.

“There is some evidence to suggest oxidative stress is abnormal in individuals with autism,” says Hardan, associate professor of child and adolescent psychiatry at Stanford University School of Medicine in California. NAC also targets a signaling chemical in the brain called glutamate, which has also been implicated in autism, he says.

The fact that nutritional supplements are available over the counter has both benefits and drawbacks for clinical research. It’s often easier to get approval to study these molecules in people. But because they are more loosely monitored than traditional drugs, the quality can vary widely, and researchers often need to do quality control tests themselves.

“We had huge issues over how and where to get NAC, and the quality,” says Hardan.

It’s also more difficult to find funding for these types of trials, because pharmaceutical companies aren’t interested. The NAC study was funded by a private, parent-run foundation. With the promise of the pilot trial under his belt, Hardan is applying for funding for a larger trial from the National Institutes of Health.

This article was originally published on Can nutritional supplements help treat some cases of autism?