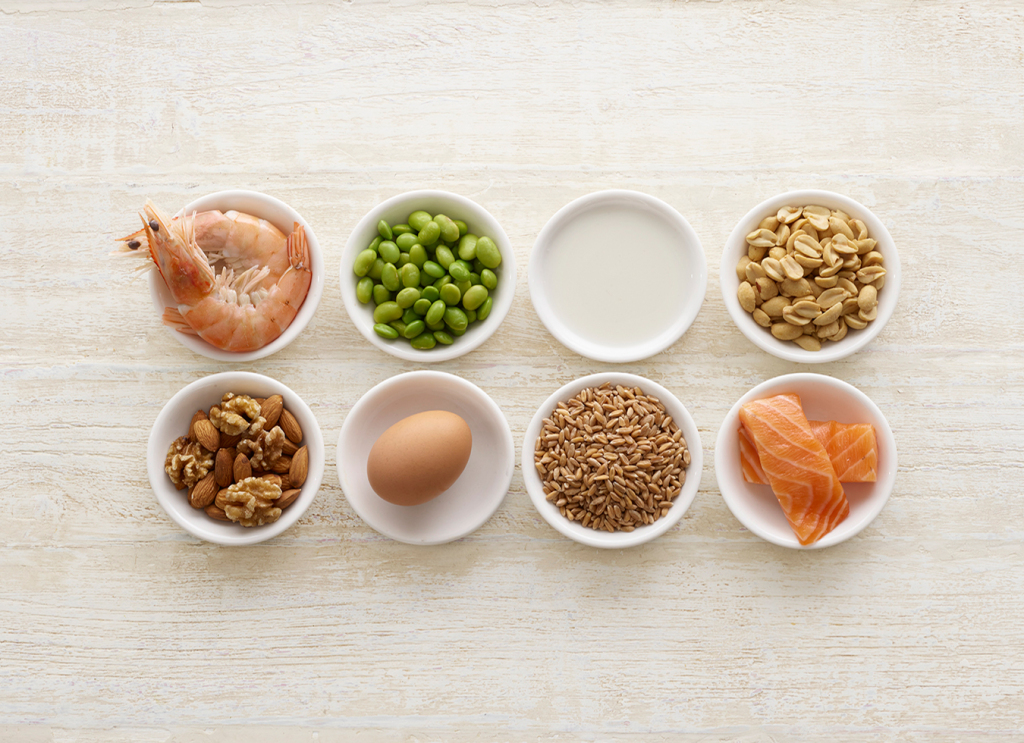 As the mother of a child with food allergies, Heather Sapp was well versed in reading labels and calling manufacturers to verify ingredients. For years, she kept her daughter’s diet free of the peanuts and tree nuts that could kill her.

But when a bite of lemon-ginger hummus three years ago sent Sapp herself into life-threatening anaphylactic shock, her dependence on labeling accuracy became more complicated. Testing determined that Sapp, now 43, had developed adult-onset anaphylactic allergies to chickpeas, sesame and cilantro. More recently, Sapp, who lives in Phoenix, had an anaphylactic reaction to parsley.

None of Sapp’s allergens are among those the Food and Drug Administration requires to be individually listed on food labels. Parsley and cilantro regularly are included under “spices” or “natural flavors.” Like many Americans with food allergies, Sapp reads ingredient labels closely, often following up with a phone call to verify ingredients, and had developed a list of manufacturers and products she considered safe.

However, Sapp was stunned when in late May the FDA released, with no warning, new temporary guidelines allowing manufacturers facing supply chain shortages amid the COVID-19 pandemic to make ingredient substitutions without changing food labels.

“How can we trust that anything is going to be safe at this point?” Sapp asked. “Even if you don’t have an allergy, people want to know what’s in their food.”

While FDA spokesperson Peter Cassell declined to address specific concerns from consumers with food allergies, he said the new guidelines were developed in conjunction with other federal agencies as one of several temporary measures related to the COVID-19 pandemic. Manufacturers are required to make ingredient substitutions public.

“It’s a temporary guidance in order to make sure that the supply chains throughout the country are able to provide safe and ample food for America,” Cassell said.

Because the guidelines were issued as an emergency measure, no public comment period preceded them. The FDA is now accepting comments on the new guidelines, which will remain in place until the end of the declared public health emergency, Cassell said. At that point, the FDA will decide if it should continue the policy based on public comments and industry needs.

Under the emergency measure, manufacturers are not allowed to substitute ingredients that may have an “adverse health effect, including food allergens, gluten, sulfites or other ingredients known to cause sensitivities.” The top eight recognized food allergens in the U.S. — milk, eggs, fish, shellfish, peanuts, tree nuts, wheat and soy — as well as other priority allergens, including sesame, celery, lupin (a legume), buckwheat, molluscan shellfish and mustards, cannot be substituted under the new guidelines. The FDA still requires them to be listed on package labels.

But other minor ingredients can be temporarily substituted. With 170 known food allergens in the United States, and with concerns about cross-contact among ingredients, people with allergies are concerned about these unannounced substitutions.

For example, if a company hits a snag in the supply chain for a peppercorn it has been using, it can substitute another type of peppercorn. Some peppercorns are related to cashews and can trigger anaphylaxis in people allergic to cashews and other tree nuts. Or, while the FDA considers highly refined oils safe for people with food allergies, many consumers do not. The new guidelines allow manufacturers to substitute sunflower oil for canola oil, for example, because they share similar fatty acid profiles.

The FDA guidelines do not require new ingredient labels but recommend companies put an informational sticker on products with substituted ingredients or make that information available on their websites. The temporary guidelines went into effect on their May 22 release.

Mary Vargas, a Washington, D.C., lawyer and food allergy advocate, said she believes some of the language in the temporary guidelines makes it unclear how strict the FDA will be in its oversight of labeling and substitutions, as well as how long the guidelines might be in place.

“I just have a lot of confusion about what this even means,” said Vargas. “It muddies the waters rather than clarifies them.”

Molly Rittberg’s 8-year-old son is allergic to peanuts, tree nuts, sunflower and sesame. Sunflower seeds or oil are often included under “spices” or “natural flavors,” which required phone calls and additional research before the new guidelines. But now Rittberg, who lives in Milwaukee, said she can’t assume manufacturers she had considered safe for ingredients or cross-contact will continue to be OK under the new labeling rules.

“We are label readers,” said Rittberg. “Even when we call and verify a product, every time I purchase a new bag or box of something, I always check the label to make sure the recipe hasn’t changed. With this temporary label change, it is going to make it even harder for us because we already have this area of not knowing what’s in the food we are consuming. Now that things can be changed or substituted without notification, it’s like we are back to square one.”

Families who are dependent on government food assistance, such as the Special Supplemental Nutrition Program for Women, Infants and Children, are especially vulnerable because the selection of allergy-safe food allowed under those programs is already limited, said Emily Brown, founder of the Food Equality Initiative in Kansas City, Missouri, which works to increase access to allergy-safe and gluten-free foods for economically disadvantaged families.

“You only have access to specific brands with specific quantities. So, if brands change their formula and it’s not clear, then really the most vulnerable of the vulnerable will not have access to what they need,” said Brown, whose daughters have food allergies.

Sharon Wong, a food allergy advocate and recipe blogger in California whose two sons have 30 food allergies between them, echoed Brown’s concerns. She said that while many Americans, like her, have the option to cook from scratch, the same isn’t true for everyone, and contacting manufacturers requires resources and time.

“If it’s not on the label, it’s an equity issue,” she said. “Not everybody has access to the internet. Not everyone can call during business hours. Some people have language issues.”

The new guidelines compound existing shortfalls in labeling requirements for the estimated 32 million in the U.S. with food allergies or other sensitivities, said Jen Jobrack, food allergy advocate and founding principal of Food Allergy Pros, a consulting firm that works with companies and other organizations to improve safety for people with food allergies.

The top cause of food recalls is typically undeclared allergens, according to Food Safety Magazine and Stericycle Expert Solutions, which both review food recall data. Because many Americans have more than one food allergy, Jobrack said, reliable labeling is imperative.

She added that the new guidelines also affect the hospitality industry, schools and day care centers, which will only exacerbate the problem as the country continues to reopen from the pandemic closures. She and others fear the guidance won’t be rescinded even if the pandemic supply chain issues are resolved.

“The concern really all boils down to what ingredients and what information will manufacturers be required to let consumers know,” said Jobrack.