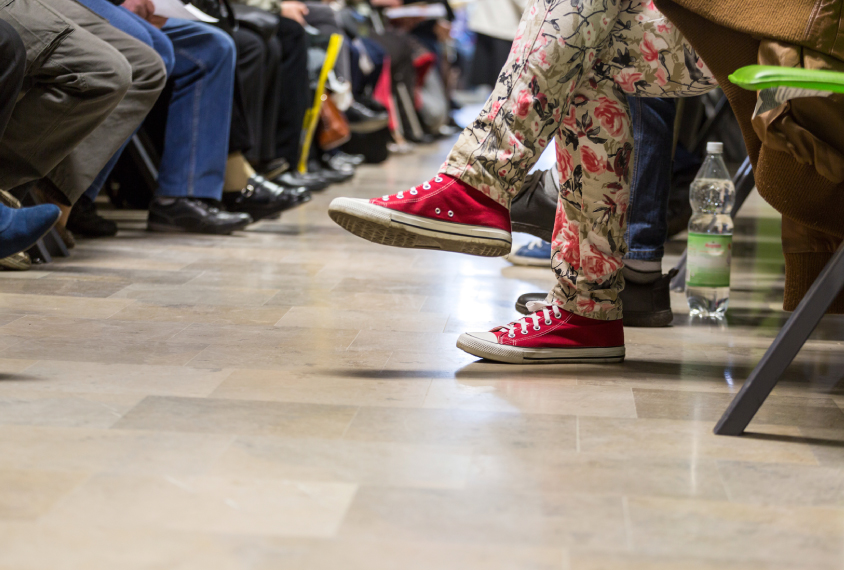 On any given day, pediatrician Lindsay Irvin estimates a quarter of her patients need psychiatric help. She sees teens who say they are suicidal, and elementary school children who suffer chest pains stemming from bullying anxiety.

As a result, she’s seen some of her patients wind up in the emergency room (ER) or go without care. These experiences are evidence of the degree of unmet need for mental health treatment. “I see kids’ lives destroyed by not getting care,” she says.

Now, research abstracts presented 17 October by the American College of Emergency Physicians offer insights into how frequently patients with mental health issues land in the emergency room — often because opportunities to intervene earlier are missed.

The researchers analyzed data compiled by the National Hospital Ambulatory Medical Care Survey, which tracked mental health visits to the emergency department between 2001 and 2011. The data tracks a national sample of patients who use hospital emergency and outpatient departments.

Compared with patients who have physical illnesses, the researchers found that people with mental health conditions rely more on the emergency department, and are more likely to be admitted when they show up. They tend to stay longer, too. The researchers have not yet described how the visits broke out by age. But anecdotally, children and older patients — “the extremes” — appear particularly affected, says Suzanne Lippert, clinical assistant professor of emergency medicine at Stanford University in California, and lead author on the abstracts.

These findings underscore two concerns, Lippert says. They highlight potential consequences when patients can’t find good outpatient mental health care and show that, when psychiatric patients arrive in a crisis, there’s often no good place for them to continue treatment once the immediate issue has been addressed.

Medical patients can usually be sent home “because we know they’ll be evaluated by [their] doctor in one or two days,” Lippert says. But psychiatric patients don’t always have that option because of gaps in the mental health care system.

Young patients may be affected the most, says Steven Schlozman, assistant professor of psychiatry at Harvard Medical School and associate director of the Clay Center for Young Healthy Minds at Massachusetts General Hospital. He was not affiliated with the research.

“It’s a numbers game. Unless you live in a large urban area, you’re very unlikely to find a child psychiatrist,” Schlozman says. The emergency department, then, often is the only realistic venue for care.

The most severely ill mental health patients were far more likely to spend extended periods of time in the ER. Bipolar disorder, depression, psychosis and having multiple conditions all tracked with stays longer than 24 hours.

These findings, the researchers write, highlight a “growing crisis.”

There is also a national shortage of inpatient psych beds, so patients have to wait longer in the ER, Lippert says. She’s seen them stay for over a week.

An online poll of emergency physicians released 17 October offers evidence of how this plays out for young psychiatric patients. Of the 1,700 physicians who responded, more than half (57 percent) reported increased wait times and boarding for children with mental health issues.

“We are the wrong site for these patients, and they have very important, very special needs. Our crazy, chaotic environment is not a good place for them,” says Chun, who was not affiliated with the abstracts.

Meanwhile, the young patients are least likely to get reliable care even after leaving. Whether they need regular follow-up with a psychiatrist, or a transfer to specialized facility, the resources often aren’t in place. The American Academy of Child and Adolescent Psychiatry estimates 8,300 such specialists practice in the United States, whereas more than 15 million young patients need services.

“They’ll land in a pediatrician or family practice,” Irvin says. “I’m not trained to navigate the ins and outs of psychotropic meds,” she adds, recalling difficulties she recently had finding a specialist who could prescribe the necessary medications and continue working with a suicidal teenage girl, who was one of her patients.

And children in crisis sometimes wait weeks for proper in-patient treatment, Chun says. That’s less common in his home state of Rhode Island, which, he says, is “fairly resource-rich” in terms of psychiatric care — but he hears it often from colleagues in New York. Doctors will agree a child needs to be transferred, but no beds are available.

For children, the problem also doesn’t fall evenly. The resource squeeze is especially problematic for families with limited means, notes Alfiee Breland-Noble, associate professor of psychiatry at Georgetown University Medical Center in Washington, D.C., who was not involved with the research. Cost, coupled with a stigma toward mental conditions, means low-income families are more likely to let a child’s ailment slide, until it reaches a crisis point.

That tracks with another finding: Emergency psychiatric patients are more likely to be uninsured than are physical health ones. About 22 percent of mental health patients in the study lacked coverage, versus 15 percent for physical conditions — likely, Lippert says, in part because of the particular challenges the uninsured face in finding affordable psychiatry.

In San Antonio, Texas, just one visit to a child therapist can cost hundreds of dollars out of pocket, Irvin says. For her patients, the choice can be a week’s worth of groceries or seeing the doctor. Often, that means “a kid will go neglected.”

By the time a child gets treatment, she adds, the mental condition can have produced physical ailments, too. It’s more expensive to treat, it’s bad medicine and it’s avoidable, she says.

“These kids should never be in the emergency room,” she says. “They shouldn’t be waiting for 24 hours in a plastic chair.”