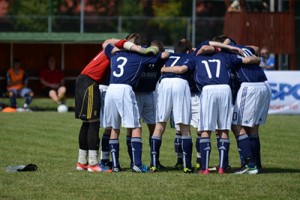 Teenagers with autism or other psychiatric disorders are far less likely to exercise or play team sports than are their typical peers, reports a Norwegian study published 22 January in Child and Adolescent Psychiatry and Mental Health.

This is an important issue because these adolescents with autism may set themselves up for mental and physical health problems and miss opportunities to make friends, the researchers say.

This pattern of inactivity does not bode well for the health and social lives of young people with autism. Nearly 20 percent of toddlers with autism are obese, compared with 10 percent of children in the general population. Once they reach their teenage years, children with autism are twice as likely as their peers to spend most of their free time in front of a television or computer.

Team sports can also provide an opportunity to make friends, a skill that doesn’t come naturally to many people with the disorder. Unfortunately, only seven, or 19 percent, of the teenagers with autism compete in sports such as soccer, compared with 25 percent of teenagers with mood disorders, 33 percent with anxiety disorders, 37 percent with ADHD and 60 percent of the controls.

Social deficits, one of the core symptoms of autism, may make it difficult for these teenagers to interact with their peers in the setting of team sports. It’s also possible that common motor problems such as clumsiness and poor muscle tone hamper their athletic skills, the researchers say.

In addition, about 30 percent of children with autism have ADHD characteristics. Although teenagers with ADHD alone are more active than the autism group, they still exercise less than the typical teenagers do. This may be because young people with ADHD tend to be aggressive and have emotional outbursts.

This article was originally published on Teenagers with autism avoid exercise