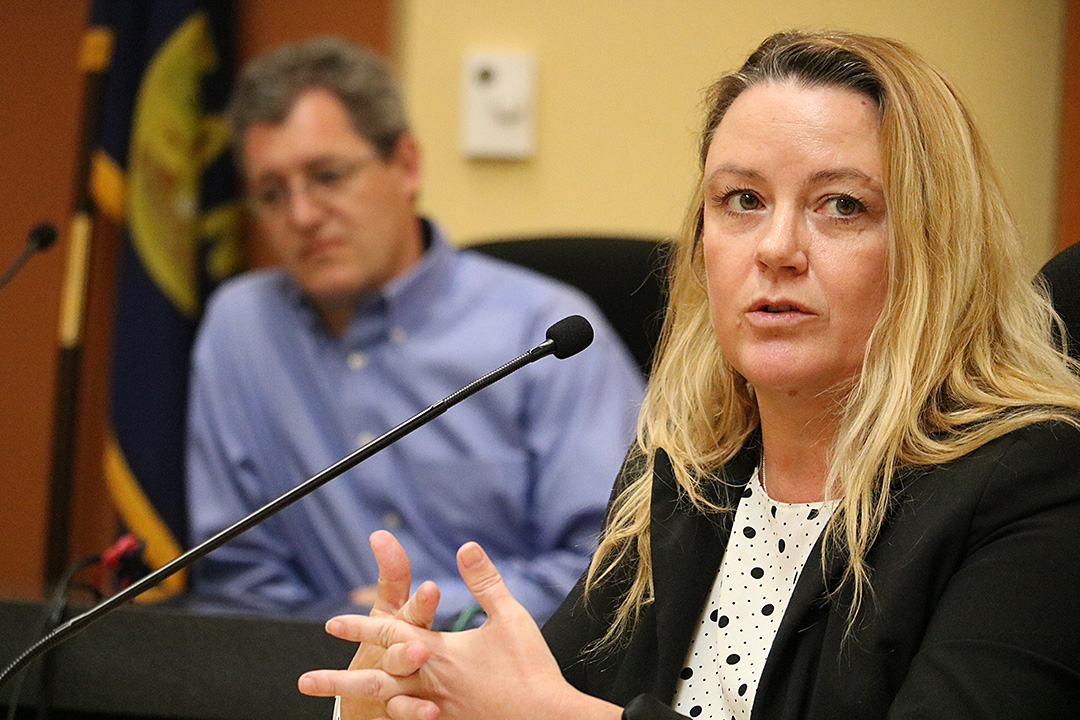 At least three Montana county public health officials have stepped down in recent weeks, citing disagreements with local elected officials. Others say lack of public cooperation and partisan blowback is complicating their jobs.

It’s a hoax. It’s being blown out of proportion. It has something to do with the 5G cellular network.

Those are just some of the things people have told Public Health Manager Jennifer McCully and her staff at the Lincoln County Health Department as they try to trace how COVID-19 is spreading through their community.

McCully and other Montana public health officials said the number of people who are not cooperating with contact tracers is small, but that they waste valuable resources when they mislead nurses and pose a risk to others when they ignore health officials’ requests for information. Lack of cooperation is also taking a toll on public health nurses who are working long hours in the midst of a pandemic.

When a local public health department learns of a positive COVID-19 case in their community, they track down people who may have been in contact with that person and tell them to quarantine for 14 days from their last possible exposure. A “close contact” is anyone who has been within six feet of an infected person for at least 15 minutes.

McCully said such contacts who have been exposed to the virus but are not showing symptoms can be particularly challenging.

“There are asymptomatic individuals who struggle to understand why it’s important for them to quarantine,” McCully said. “But their tune usually changes a few days later when they start to show symptoms.”

McCully said some people are ignoring calls from public health nurses or refusing to tell them who they have been in contact with. McCully said that is particularly concerning because those people could be unknowingly spreading the virus.

Hillary Hanson, who was Flathead County’s public health officer until earlier this month, said health officials can involve law enforcement if someone doesn’t cooperate, but that so far that hasn’t happened in the Flathead. McCully said Lincoln County has at times enlisted the help of the sheriff’s office to track down people’s addresses so quarantine orders can be delivered. Failure to comply with a quarantine order can result in a misdemeanor charge and a fine between $10 and $100.

“[People who are uncooperative] just hinder our response because it takes so much more time and energy for us to contact them,” Hanson said.

Cindy Farr, incident commander for Missoula County’s response to the pandemic, said her nurses will sometimes call or text people more than a dozen times before they finally make contact. She said Missoula County’s biggest issue has been young people who don’t think the virus will impact them.

“We do everything we can to contact people, and if we have to call or text someone 10 times a day, we will until they get tired of the phone ringing,” she said. “They definitely take up a lot more resources, because we have to spend a lot of time just getting ahold of them, and that is time when we could be investigating other cases.”

Those delays are particularly concerning as the virus continues to spread throughout the state and Montana’s early warning system — the testing of asymptomatic individuals — is faltering as labs are overwhelmed with COVID-19 tests.

Nurses have to track down contacts for each positive case, and in some instances that can mean reaching out to 20, 30 or even 40 people (Gallatin County Public Health Officer Matt Kelley said that as the economy has reopened, the number of contacts per positive case has greatly increased). The longer it takes nurses to track those people down, the more chance there is that an asymptomatic individual could infect another person. Last week, RiverStone Health, which operates Yellowstone County’s public health department, hired 25 temporary employees to help with contact tracing.

But it’s not only people who may have the virus that are giving public nurses a hard time. In recent weeks, public health officials in Powell, Carter and Ravalli counties have all stepped down from their positions citing disagreements with local elected officials. Those conflicts have only increased as public health directives including mask mandates become politicized. Hanson — who has recently taken a new job and began planning her resignation long before the arrival of the COVID-19 pandemic — said she worries that more people will leave the field because of the pressure and in some cases abuse being applied by their communities.

“It’s emotionally hard on the nursing staff when people get upset at them,” Hanson said. “These nurses are just trying to protect their community. … We really try to be nonpartisan. Our only goal is to protect the community, but this has become so partisan.”

This article was originally published on Hard to help