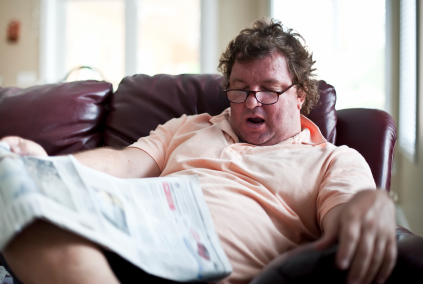 Adults with autism are more likely than controls to have certain chronic health conditions, such as high cholesterol, but are less likely to treat these with prescription drugs, according to a study of 314individuals, published in September in the American Journal on Intellectual and Developmental Disabilities1.

Although autism is generally diagnosed and described in children, it is a lifelong disorder. A California-based epidemiology study of about 13,000 individuals with autism showed that, between 1983 and 1998, this group had a higher death rate compared with the general population2. Another study based in Denmark showed similar results3. These findings suggest that factors associated with autism could affect the general health of individuals with the disorder.

For instance, monitoring physical activity using a wearable device shows that older children with autism are less active than younger ones, according to a study published 18 October in BMC Research Notes. This may be because individuals with autism become less active as they get older, the researchers suggest4. Restricted interests, a core feature of autism, often lead to picky eating habits and limited intake of vitamins and nutrients.

Individuals with autism are also less likely than those in the general population to be treated for health complications, according to the new study. This may be in part because many individuals with autism have deficits in language and self-awareness and cannot describe relevant symptoms to their doctors.

The researchers looked at the electronic health records of 108 adults with autism, on average 29 years old, compared with 206controls matched by age, gender, race and type of health insurance. Researchers collected this information as part of a larger analysis of 1,200 individuals with intellectual disability treated at the Cleveland Clinic.

Individuals with autism are also half as likely as controls to be diagnosed with asthma, perhaps because the diagnostic tests are fairly involved, the researchers say.

As would be expected, individuals with autism are about twice as likely as controls to take antidepressants and antianxiety medications and three times as likely to take antipsychotics.

One caveat of the study is that it includes only individuals with autism who see a primary care physician as opposed to a specialist.

This article was originally published on Clinical research: Overall health a concern for autism