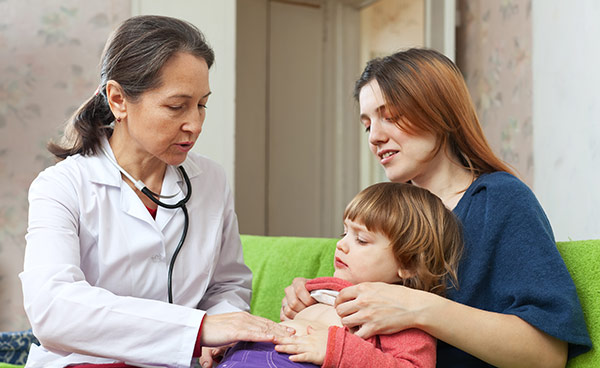 Many children with autism have gastrointestinal problems, seizures and sleep disorders. A new study, published 24 May in Autism Research, suggests that these seemingly disparate conditions are interconnected and may lead to the children’s behavioral issues1.

The findings underscore the ramifications of medical conditions that accompany autism. These conditions often go untreated, as doctors tend to home in on psychiatric issues in children with autism and have limited time to probe further.

“Everyone is focusing on the autism symptoms,” says lead researcher Pat Levitt, Simms/Mann Chair in Developmental Neurogenetics at the Children’s Hospital Los Angeles. “Addressing medical symptoms in children with autism may have a watershed effect on other parts of their life in terms of the effectiveness of treatments.”

Most previous work has focused on single medical conditions, rather than possible links between them. Knowing such connections exist could help doctors identify the health problems a child has.

“We were able to see if one condition predicted another, which is the first time that’s been documented,” Levitt says.

Levitt and his colleagues analyzed health information from more than 3,300 children. The information came from two large datasets: the Autism Genetic Resource Exchange (AGRE), which includes ‘multiplex’ families, in which two or more children have autism, and the Simons Simplex Collection (SSC), in which the families have just one affected child. (The SSC is funded by the Simons Foundation, SFARI.org’s parent organization.)

Both datasets detail the children’s autism symptoms and note any other medical problems they may have. The SSC, for example, contains information about allergies, gastrointestinal problems, seizures and sleep disorders. The AGRE covers these conditions and 10 others, from asthma to dental problems. It also includes medical data for parents and siblings.

A statistical analysis of data from the AGRE group as a whole unveiled no obvious connections between the conditions. But separately probing the way that each of the 14 conditions related to the others was more revealing.

The researchers found that in several cases, having one medical condition increases the odds that one or two others will also occur. Children with gastrointestinal conditions are more likely to have sleep disorders or seizures than are those without gut problems, they found. Conversely, having a sleep disorder also raises the chances of having gastrointestinal troubles.

The findings highlight the need for an interdisciplinary approach to address the complex health problems of people with autism, says Margaret Bauman, research associate professor of anatomy and neurobiology at Boston University, who was not involved in the study. “Individuals with autism need and deserve this kind of high-quality care.”

Levitt and his colleagues found similar patterns in the SSC data. By comparing multiplex families — in which genetic risk factors are strong — with simplex families, the researchers could see whether health problems track with the disorder, regardless of its root cause.

Because the findings held up across both databases, Levitt says, “There may be some commonalities in why some conditions occur irrespective of genetic risk.”

Levitt and his colleagues did not investigate the biological mechanisms that link one condition with another. However, there is no evidence of a consistent pattern of causality — a stomachache preventing a child from falling asleep, for example, or a seizure waking the child up. “Sleep disruption in children with [autism] is chronic and not mediated by the fluctuations in medical symptoms,” he says.

In a study published last year in Pediatrics, researchers tried to identify links between medical conditions accompanying autism by examining medical records2. That study revealed that 42 percent of children with medical problems such as gastrointestinal issues, ear infections and asthma also have seizures. But the researchers did not know the children’s family histories, nor did they investigate possible relationships between various individual conditions.

The researchers suggest that some social and behavioral problems in children with autism stem from painful health issues that go unnoticed and untreated. “A typically developing child who has a medical condition is likely to be less functional, and life will be more challenging,” Levitt says. “It’s the same thing for a child with autism.”

In a follow-up study, Levitt and his colleagues are treating children with autism for gastrointestinal problems and assessing the treatment’s effects on autism symptoms and behavioral problems. If easing the gut issues leads to better behavior, children might not need behavioral medications, such as risperidone for aggression, which can have serious side effects.

Continued work in this area is likely to bring other benefits, says Beth Ann Malow, professor of neurology and pediatrics at Vanderbilt University in Nashville, Tennessee, who was not involved in the study. “Future studies examining the role of co-occurring medical conditions in affecting health, daytime behavior and family functioning in autism spectrum disorder are sorely needed.”