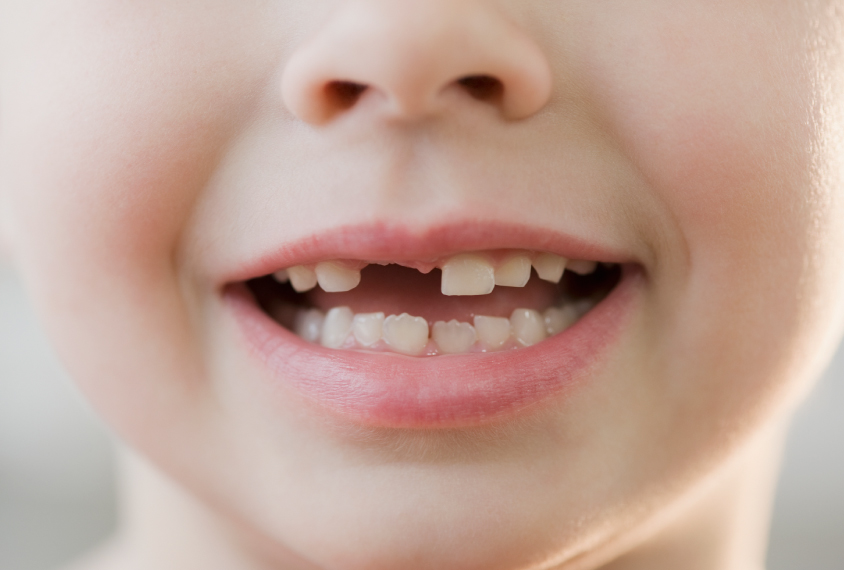 A small study suggests that baby teeth may afford a way to explore environmental risk factors for autism.

The study analyzed baby teeth from 13 sets of twins in which at least one of the twins has autism, and 19 sets of neurotypical twins. The researchers found that the children with autism have less zinc and manganese and more lead in their baby teeth than their unaffected twins do1.

The findings hint that unusual absorption of these metals early in life tilts the balance toward autism. They are preliminary and need to be validated — and may not be specific to autism. But they offer a promising strategy for evaluating environmental exposures, says Amy Kalkbrenner, associate professor of environmental health sciences at the University of Wisconsin-Milwaukee, who was not involved in the study.

Baby teeth begin to form in the womb, and like growth rings in a tree, they develop in layers. They record a child’s history of exposure to various substances, and can reveal when a child had an excess or deficiency of certain metals.

“The teeth are almost like a little time machine,” Kalkbrenner says. “We can go back in time several years to reconstruct what was happening.”

The study focused on substances absorbed by the teeth when the children were between 20 weeks gestation and about 7 months old — a key period in which neurons are rapidly growing and forming connections.

“When these networks are forming, it’s important to make sure they form without hindrance,” says lead investigator Manish Arora, associate professor and vice chairman of environmental medicine and public health at the Icahn School of Medicine at Mount Sinai in New York.

Arora and his colleagues analyzed baby teeth collected from 32 pairs of twins. In six of the pairs, including five sets of identical twins, both children have autism; in another seven twin pairs, three of them identical, only one twin has the condition. The researchers also looked at 19 pairs of typical twins, including 9 sets of identical twins. The children are part of the Roots of Autism and ADHD Twin Study in Sweden (RATSS).

The researchers used a laser to extract material from a region in each tooth where parts that formed in utero abut those that formed in infancy. They then used a technique called mass spectrometry to measure zinc, manganese and lead in the extracts. They estimated that the material they collected was deposited between 150 days before birth and 200 days after birth.

Identical twins in the control group show similar patterns of metal in their teeth. Manganese levels start out high and decrease rapidly until birth, when levels stabilize; zinc levels remain steady before birth and drop sharply afterward. The researchers did not find a consistent pattern for lead levels.

By contrast, for the twin pairs in which one twin has autism, manganese levels in those with autism dip below those in their unaffected twins at around 10 weeks before birth and again 5 to 20 weeks after birth. The greatest difference occurred at 15 weeks of age, when manganese levels were 2.5 times lower in children with autism. The results were published 1 June in Nature Communications.

The children with autism also show deficiencies in zinc shortly before birth: They have about 1.3 times less zinc than their unaffected twins. Lead levels were higher in children with autism before and after birth, with the greatest difference — about 1.5 times — occurring at 15 weeks of age.

Pairs of twins who both have autism show few differences in their metal profiles.

Across all of the children in the study, high levels of lead and low levels of manganese seem to track with high levels of autism features and traits — as measured by two clinical tests, the Autism Diagnostic Observation Schedule and the Social Responsiveness Scale.

The findings “need replication and a lot of thinking about what they might mean,” says Craig Newschaffer, director of the A.J. Drexel Autism Institute in Philadelphia. “But as a sort of proof of principle that this technology can be deployed in autism studies, it is very exciting.” Newschaffer was not involved in the study but is collaborating with Arora to explore prenatal exposures in the younger siblings of children with autism.

It is unclear whether the findings are specific to autism. Lead, for example, is a known neurotoxin, and is linked to general impairments in cognitive ability. Future studies should include children with other developmental conditions and measure participants’ cognitive abilities, says Heather Volk, assistant professor of mental health at Johns Hopkins University in Baltimore, Maryland. Volk was not involved in the study, but is also collaborating with Arora.

The researchers themselves also urge caution in interpreting the findings. Pregnant women should not be quick to take zinc or manganese supplements based on these results, Arora says. The metal differences could merely reflect variability in how much each child absorbed or incorporated into their teeth.