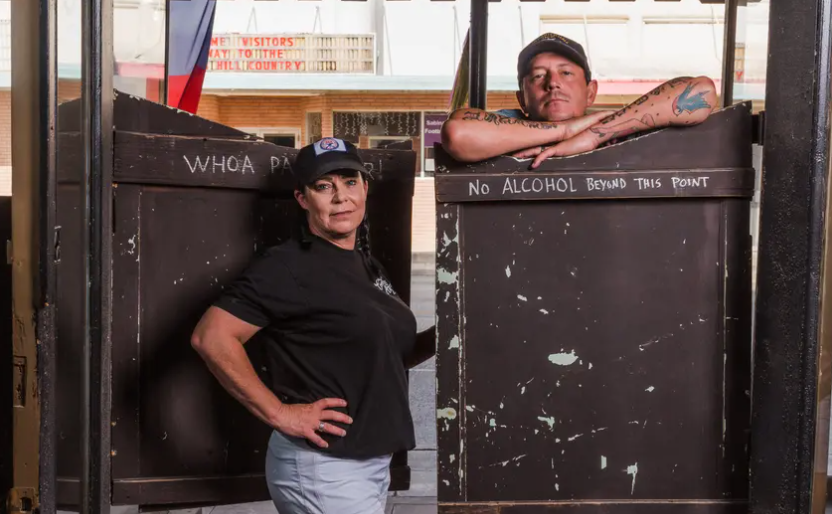 Those numbers are people.

It’s easy to forget, when you’re taking a daily look at a dashboard tracking the coronavirus, at the closed businesses and unemployed workers across the state that mark the path of the recession, at efforts to educate Texas kids in classrooms or in their homes, or at the logistics of breaking the social distancing blues with some college football.

Every number is somebody.

You’ve read about some of them in The Texas Tribune.

Like Holly Jackson, whose Austin nightclub is shuttered and whose employees are furloughed, or Elizabeth and Ryan McNiel, stuck in the same situation with their bar in Sabinal. Grant Tran, a senior at Texas State University in San Marcos, where classes started this week. Tenants like Rolando Pulido of Houston, who fears an eviction notice like those delivered to several of his neighbors.

Or Adolfo “Fito” Alvarado Jr., a chaplain at Doctors Hospital at Renaissance in Edinburg killed by COVID-19 last month.

You haven’t read about most of them, and you won’t get the chance. There are far too many. But the personal accounts that do get told are a reminder that each statistic has a face, and a life.

As of Monday, COVID-19 had killed at least 11,395 Texans. That included 1,361 over the previous week, a few more than eight Texans dead from the virus every hour of every day. For many of us, checking the pandemic numbers is a daily habit. There were 5,019 people in Texas hospitals Monday who had tested positive for the coronavirus, or about half the number of the July hospitalization peak. Three of four hospital beds in the state were in use, including 9.31% in use by COVID-19 patients. The seven-day average number of new cases per day was 2,754 at the start of the week. That, too, has dropped dramatically from a July peak, but remains higher than the daily increases before mid-June. Overall, the state has 580,384 confirmed cases.

That data is useful to medical professionals and public health policymakers looking for a macro view of the pandemic’s effect on Texas. It’s useful to voters trying to decide whether to keep or replace the elected officials they’ve got.

Some numbers are big enough — pandemic, recession, schools — that almost every Texan has been affected or knows someone who’s been affected.

It’s easy to lose the meaning of $250 million in government spending that buys 716,000 laptop computers and tablets, and 295,000 internet hot spots for public school students in Texas.

Those resources serve hundreds of thousands of students who wouldn’t be getting any lessons right now unless their classrooms were open and available during the pandemic — that many students who wouldn’t have a choice between attending school in person and getting the same lessons at home.

It’s hard to get the scale of that many computers and students in your head. You can try: If you sat kids in front of each of those new computers, giving each just 2 feet of space, the line would stretch 271 miles, enough to reach from Fort Worth to San Antonio.

The decisions about whether to keep schools open affect about 5.5 million kids, or roughly 1 in every 6 Texans. That’s before you count the parents and families and employers and educators and everyone else who’s got a direct daily stake in public education.

Those big numbers are still hard to imagine. But there are enough people involved, in that case, that you almost certainly know someone who’s affected. It’s family and friends, not statistics.

Remember, as you watch the political parade — whether your party is up this week or was up last week — that the big picture too often obscures what’s going on in the lives of real people.

When the speakers at political conventions talk about federal unemployment insurance supplements ending for 347,700 Texans, that’s 347,700 households in financial peril, people literally trying to figure out how to keep the lights on, the rent paid, food on the table and clothes on the kids. If they have time, they can worry about laptops and tablets and internet access to school.

The numbers are numbing abstractions. We get used to them and watch how they change. We look at the charts and the maps. We read stories about public and private efforts to help, to spend money, to make the good numbers rise and the bad numbers fall.

That’s important: Each of those numbers is a real person.