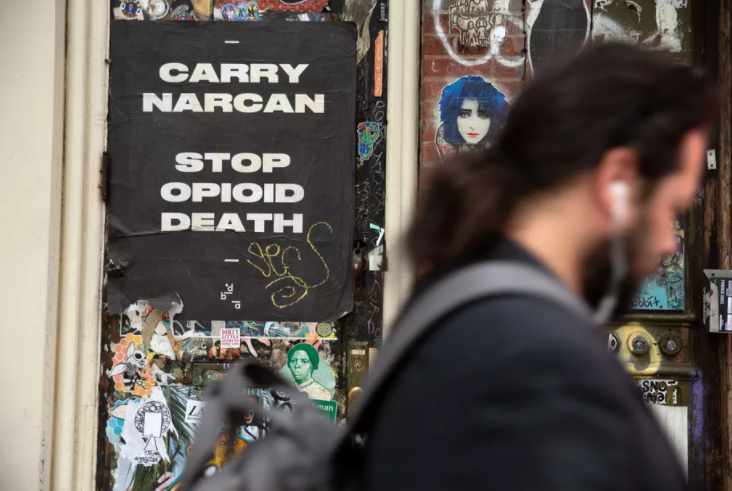 The free discount prescription drug benefit attached to the city’s IDNYC cards no longer covers many common opioid medications, under a change approved by a city panel this week.

The measure to remove the discount for medications such as Oxycodone targets the addictive drugs after years of rising fatal overdoses.

“This decision was made in the setting of an opioid epidemic and is one of many things we are doing to curb misuse,” said Stephanie Buhle, a Department of Health and Mental Hygiene spokesperson who added that the ban has been in effect since late 2018.

On Tuesday, the city Franchise Concession and Review Committee approved an extension to the IDNYC prescription card agreement with the city Health Department that includes the ban.

Some drugs that are used to treat opioid addiction will still be covered by the BigAppleRX benefit card. They include suboxone, naloxone, Buprenorphine and Subutex.

More than a million IDNYC cards have been issued by the city with the BigAppleRX benefit attached to the card.

People who use the benefit save on average 18% on brand name medications and 55% on generic drugs, according to the city’s description of the program. There is no charge or fee for using the card at participating pharmacies. The benefit, also available as a freestanding card, is available to everyone living, working or visiting the city.

Top drugs filled at the end of 2018 include vitamins, anxiolytics/sedatives, antibiotics, anti-hypertensives and iron supplements, according to the Health Department.

The program, launched in May 2011, is run by OptumRx Discount Card Services, an Illinois-based pharmacy benefit manager. Health Department officials sought to amend and extend the contract retroactive to Aug. 16, 2018, and running through the end of 2021.

‘This Is a Backlash’

Some medical experts caution that this and other restrictions on access to opioids can have adverse consequences for patients who legitimately use opioids for chronic pain.

“This is a backlash to the opioid epidemic,” said Dr. John Dombrowski, CEO of the Washington Pain Center in Washington, D.C.

“The net is getting so fine it’s picking up patients who are misusing it and people who legitimately need the medication, added Dombrowski, who is also a partner of BioCorRx, a pharmaceutical company that focuses on treatment for addiction.

Some advocates for safer drug use are also concerned.

“People who need opioids should be able to access a safe supply, regardless of whether it is for managing physical pain or opioid dependency,” said Mike Selick, a training and policy manager at the Harm Reduction Coalition.

Over the last two years, the city’s Health Department has given out 230,000 naloxone kits to members of the public and law enforcement officers, which can be used to interrupt an opioid overdose.

Doctors at the city’s public health hospitals have trained 1,800 other doctors to be able to prescribe buprenorphine, an anti-addiction drug, according to the Health Department.

Medical experts say that Buprenorphine is a better medication than other drugs like methadone since it does not demand daily clinic visits. The drug also has a lower potential for abuse.

Citywide, the number of fatal drug overdoses dropped by 2.6% last year for the first time since 2010, when numbers started to rise, Health Department records show.

In seeking to curb access to opioids, New York City is part of a national trend. In 2016, the federal government issued stricter guidelines to improve how doctors prescribe opioids for chronic pain. That has led to a drop in those prescriptions, and the Trump administration is pushing for a further decrease by 2021.

But some doctors and health experts are concerned that people suffering from chronic pain will no longer have access to medications that they have used for years.

In March, more than 300 medical experts wrote to the Centers for Disease Control, urging the federal agency to ease up its new opioid guidelines.

The move to limit opioid coverage comes after THE CITY reported last week that NYC Health + Hospitals is closing inpatient detox units at all 11 city-run hospitals.

The specialized units provide a fully staffed area where patients can go through the challenging process of weaning themselves off drugs and alcohol under the supervision of doctors and nurses specially trained to deal with withdrawal.

City health officials say the patients are better served with closely monitored outpatient services — including treatment with medications like suboxone.

Want to republish this story? See our republication guidelines.