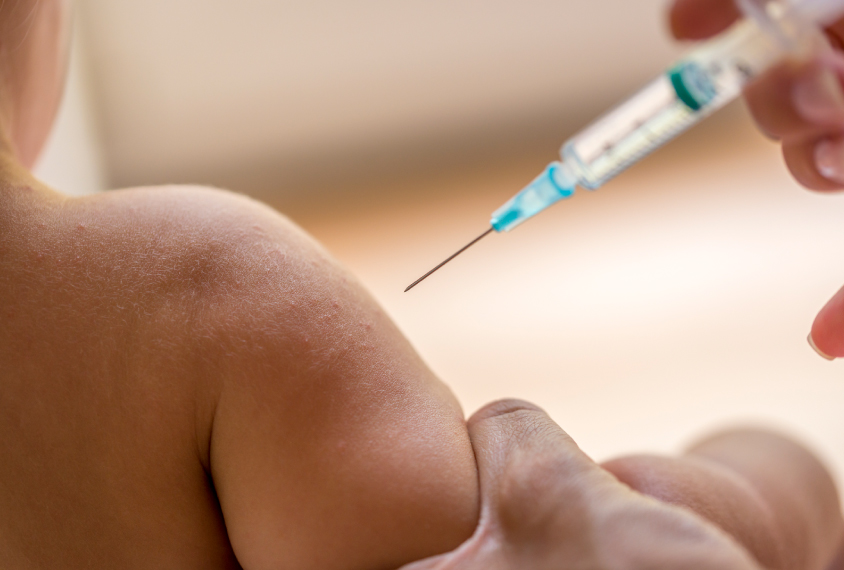 Just three years ago, Michigan had the fourth-highest rate of unvaccinated kindergartners in the United States. But when a charter school in northwestern Traverse City reported nearly two dozen cases of whooping cough and several cases of measles that November, state officials were jolted to action.

Without much fanfare — or time for opponents to respond — they abandoned the state’s relatively loose rules for getting an exemption and issued a regulation requiring families to consult personally with local public health departments before obtaining an immunization waiver.

The new rule sidestepped potential ideological firefights in the state Legislature, which have plagued lawmakers in other states trying to crack down on vaccination waivers. The regulation had a dramatic effect. In the first year, the Michigan Department of Health and Human Services reported that the number of statewide waivers issued had plunged 35 percent. Today, Michigan is in the middle of the pack among vaccination rates.

“The idea was to make the process more burdensome,” says Michigan State University health policy specialist Mark Largent, who has written extensively about vaccines. “Research has shown that if you make it more inconvenient to apply for a waiver, fewer people get them.”

Michigan’s experience demonstrates a way for governments to increase immunization rates without having to address religious or philosophical opposition to vaccines.

For many years, opposition to mandatory childhood vaccines has served as a frequent rallying point for those who see immunizations as interference with nature’s intentions, rebel against them as government meddling in family affairs or raise concerns about their safety.

Vaccine advocates and health professionals regard these views as dangerous, noting that the drugs have dramatically lowered the number of serious childhood illnesses and that studies suggesting they are not safe have been debunked. They also note that vaccines’ proven effectiveness lies in “herd immunity”— the higher the participation rate, the greater the community’s protection against outbreaks of infectious disease.

Many states adopt strategies to curb exemptions “by making applications complicated to fill out or complete,” according to University of Georgia public policy expert W. David Bradford, who studies immunization. Some states require parents to notarize applications or have them certified by a physician before sending them in, and “generally speaking, anything that raises the opportunity cost [of exemptions] works to some degree,” Bradford says. “Michigan took it a step further.”

Increasing the number of vaccinated children in Michigan, which has a Republican governor and Republican majorities in both legislative houses, took a degree of political finesse.

“Health and Human Services wanted to do something, but the legislative option wasn’t there,” Largent says. Instead, Michigan decided to use a strategy he calls “inconvenience.”

Since 1978, Michigan had required schoolchildren entering kindergarten and middle school to obtain vaccination waiver certificates from county officials. “Some counties allowed you to do it over the phone; in others you mailed in a form and some even let you do it online,” Largent says. But in studying vaccine policy across the country, he notes, “one thing is really clear — health departments that require you to go in and get the waiver have much lower rates.”

Michigan offered the perfect vehicle for introducing inconvenience into the process. The Joint Committee on Administrative Rules reviews state agency regulations and, if it takes no action, allows them to go into effect after 15 legislative days. The committee is composed of lawmakers, giving it a legislative imprimatur, but it is not the legislature itself, thus avoiding the political rancor that can accompany debate on controversial issues.

During the 2013-2014 school year, the U.S. Centers for Disease Control and Prevention found, Michigan had the fourth-highest rate of children entering kindergarten who had been exempted from vaccinations. The state Health and Human Services officials proposed a simple requirement: Parents seeking vaccine waivers must be briefed in person by a county health educator before a waiver would be granted. The joint committee approved the rule 11 December 2014. It took effect 1 January 2015.

“We were not aware of the rule until the day it happened,” says Suzanne Waltman, president of Michigan for Vaccine Choice, an anti-vaccine organization. “We thought it was a stealth move.”

The office of Governor Rick Snyder did not respond directly to requests for comment on the political hazards of vaccine policy. Retired Republican state Senator John Pappageorge, co-chair of the administrative rules committee in 2014, voted to adopt the rule and describes the procedure as a simple one designed to ensure “that implementation is in concurrence with the law.” Republican Representative Tom McMillin, who was co-chair of the committee at the time and voted against the rule, did not respond to requests for an interview.

In a look at one key metric, before 2015, about 22 percent of Michigan children did not get the fourth round of immunizations for diphtheria, tetanus and pertussis that is required by the state. That had fallen to 15 percent one year later, slightly better than the national average.

The Traverse City outbreaks were overshadowed in the national media by a more dramatic measles outbreak in Southern California’s Disneyland, which also occurred over the 2014-2015 holidays and ultimately led to 150 cases of the disease. But the states’ responses were quite different.

California’s solution was what Largent calls “eliminationism.” The state Legislature, with Democratic supermajorities, passed a measure doing away with religious and philosophical vaccine exemptions. Passage of the law triggered widespread protests among opponents of vaccines. Besides California, only West Virginia and Mississippi disallow non-medical waivers.

Largent says a small number of children need waivers for medical reasons, usually because of allergies or immune deficiencies. Much larger numbers seek waivers for religious or philosophical reasons.

“The idea was to bring the waiver rate down,” Michigan Health and Human Services spokeswoman Angela Minicuci says. “From the perspective of the general population, vaccinations are recommended. This doesn’t take away choice. It simply ensures that people have education.”

But Largent says most vaccine opponents are not necessarily swayed by arguments in favor of immunization. Instead, “by heightening the burden, you change some of the incentives” for obtaining waivers. “Moral claims and ideology don’t matter as much when it’s inconvenient.”