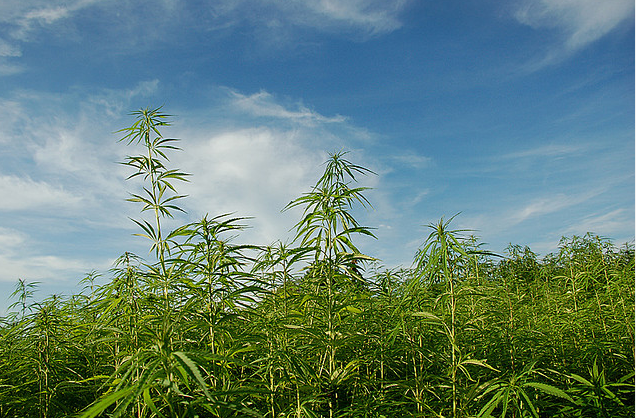 For years proponents of legalized industrial hemp have praised the plant for its reportedly numerous benefits—including the ability to bolster the state’s economy. With both state and federal law opening the doors for growers and manufacturers, some New Mexicans are well on their way to start growing the non-psychoactive relative of cannabis.

But, some of those new hemp farmers say it could be at least a year before the state sees a significant hemp market. Since legally growing and cultivating hemp is still new to the state, current licensed growers who spoke with NM Political Report can’t say for sure when their crops will be ready or how well they will perform in the state. But all of them said they expect hemp to be a viable crop within several years.

Ultra Health, a prominent medical cannabis producer in New Mexico, appears to be on its way to become one of the larger hemp operations in the state. But, the company’s president and CEO Duke Rodriguez said even with a current $1.1 million investment in water rights, land and equipment, he’s not expecting fully grown crops ready for market until at least November. Rodriguez lists the many variables in growing any kind of crop as a reason why know one can fully predict how this year’s crop of hemp will do.

“We don’t know. Like green chile, if you’ve been here long enough you know that the ranges in temperatures of green chile can be affected by the amount of moisture, the amount of heat,” Rodriguez said. “The same thing can happen to this.”

He said Ultra Health, through a division of the company called Ultra Hemp, is already growing hemp in the town of Bernalillo. The plan is to transplant those to a 200-acre former fruit orchard in Tularosa. The goal, Rodriguez said, is to harvest a successful crop by this fall and to get in the market of hemp fiber, CBD oils and hemp seeds for nutritional supplements.

Other hemp growers with smaller grow operations are moving forward with the same cautious optimism as Rodriguez.

Campo De Oro, a hemp growing company based in Albuquerque, plans to grow in Torrance and Bernalillo counties. MJ Balizan, a consultant working with Campo De Oro, said the family-run company’s “vision” is to cultivate hemp and sell the raw material. But she said the whole industry is taking small steps towards large-scale cultivation and manufacturing.

“This is a learning year,” Balizan said. “It’s a year for farmers, if they’re interested in this market, to start small.”

She agreed with Rodriguez there will be periods of “trial and error” before cultivators figure out the specifics of the new crop.

Heath Grider, a hemp grower in Portales, said one of those specifics is whether hemp seeds from places like Colorado will actually show significant low levels of THC, or the chemical in cannabis that produces a high. By law, hemp cannot be more than .3 percent.

“I’m going to play with it this first year, because I don’t think anybody’s going to pass their inspection for their THC limit,” Grider said.

But, Grider said he expects hemp to eventually become a major crop for the state.

“It will be a big deal before it’s said and done, like peanuts and green chile,” Grider said.

NM Political Report is awaiting the New Mexico Department of Agriculture’s response to an Inspection of Public Records Act request for the names of licensed hemp growers in the state. Given the relatively easy process to get into the hemp industry, the list is likely long.

Working with the Ag Department

All three companies NM Political Report spoke with about hemp cultivation praised the state’s Department of Agriculture for working with growers to get licensed and ready to start growing.

Rodriguez compared what he called the “paranoia” from the New Mexico Department of Health—which oversees the state’s medical cannabis program, including growers—to the Department of Agriculture.

“So far, to this date, having to interact with the Department of Agriculture has been completely refreshing, positive and gives us great optimism,” Rodriguez said.

Further, Balizan said, the difference in costs to get into the industry between medical cannabis and industrial hemp are stark.

“In the cannabis market, if your looking to get into that industry, you’re looking at millions of dollars and to come into the hemp market as a cultiver, it’s hundreds of thousands of dollars,” Balizan said.

Brad Lewis is a Department of Agriculture division director who manages the state’s hemp program. He said the department intentionally kept license fees low and encouraged feedback from growers.

While Lewis said he and the department are “cautiously optimistic,” he does think by next year growers will be able to make money off their crops.

“This first year we’re going to see a fairly good return on growers’ investment if they can bring the crop to fruition,” Lewis said.

But Lewis agreed the first year of hemp growth will come with challenges for growers, namely making sure their hemp plants have less than .3 percent THC and that their seeds come from a decent source.

“We’re telling people, ‘Be sure that whoever you’re buying your seed or your clones from, that their reputable,’” Lewis said.